Epitácio ‘TACO’ de Melo is a professional cyber athlete who plays for SK Gaming as the entry fragger. Taking on this role means that Taco is fearless and can do everything he needs to do for his team to win. His motivation and dedication to compete in CS: GO is his family and friends support whilst also having a purpose to be competitive and to love winning.

Taco is best described by fallen as the potential breakout player of 2017. Even though he is one of the top players at the moment, Taco admires the pro player Krimz from Fnatic, watching his game plays inspires him with the same goals. If Taco was not playing Counter-Strike, he would be playing Dota 2 but unfortunately he does not have the time to play the game.

Epitacio was influenced by watching his older brothers and cousins play computer games. One occasion, Taco found the game was left running and tried playing CS 1.6, from then on he would play just for the fun of it until he started studying at University. 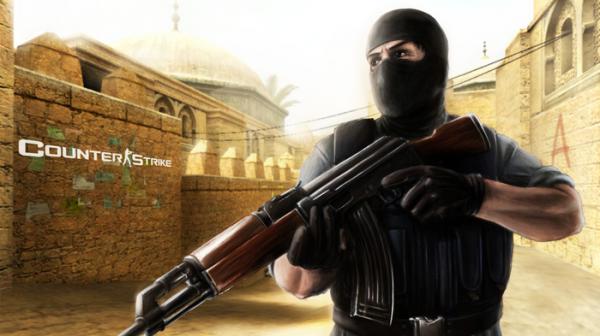 Taco’s decision to become a professional player was not easy as he was studying and playing Counter-Strike at the same time. He began playing seriously in May 2015 with Dexterity, then moved on with Nao Tem Como, Games Academy and Luminosity Gaming, acquiring the skills and talent to be where he is today, a top esports player with the best CS: GO team, SK Gaming.

SK Gaming was founded in 1997 originally known under ‘Schroet Kommando’ a gaming company based in Oberhausen, Germany. The association have grown to support different teams that specialize in CS: GO, Hearthstone and VainGlory. They are widely known for their Counter-Strike team placing the first in world rankings according to HLTV.org. SK Gaming acquired the Luminosity Gaming CS: GO roster in June 2016. The latest roster change in 2017 was the swap of fnx with felps in February 2017, making up the current SK CS team that also consists of Fallen as in-game leader, fer, coldzera and Taco. They have proved their fighting skills in several esports events, time and time again showing the gaming scene who are the masters of Counter-Strike: Global Offensive. Taco and SK have had experience competing against some of the top CS: GO teams such as G2 Esports, Astralis, Cloud 9, Fnatic, Gambit Gaming and Virtus.Pro among many others, giving them the privilege to be better than they are already, learning from their mistakes.

Taco’s memorable win as a CS: GO pro was their first premier league at MLG Major Colombus while playing for Luminosity Gaming. Taco and his team won against Natus Vincere with a record 2-0, taking home a reward of their highest win ever of $500K. There were no words to describe how it felt to win their first Major competition.

While playing for SK Gaming, Taco and his teammates competed at ESL One: Cologne 2016. Reliving that winning feeling was a great accomplishment for SK who defeated Liquid with a record of 2-0, to scoop up a prize of $500K.

The most recent competition that SK Gaming have won was the Esports Championship Series Season 3. The CS: GO top team proved their potential to be on top beating Faze Clan with a score 2-1, to win the ECS title, taking home a prize of $250K.