Richard ‘Shox’ Papillon is a French pro cyber athlete that practices Counter-Strike: Global Offensive competing for his current team G2 Esports. He takes on the role of in-game leader and Rifler for his unit, calling the shots to help lead the squad to win CS matches. A talented player famous for his amazing accuracy with rifles, energetic sniping as well as handy pistol skills makes him an all-rounder, in fact he is also known as ShoxieJesus, the messiah of great aim. When Richard is not playing Counter-Strike, you could find him playing other games like Age of Empires, Path of Exile, Nintendo Switch, Zelda and all versions of Final Fantasy. When Papillon is on vacation, he loves to go fishing with his brother, a relaxing venture away from the busy life.

Shox is scared of every insect in existence and spiders too, he would run off, screaming. If you had to ask him which was his favourite competition, he would not know for he has a habit of forgetting things in fact his teammates call him Dory from the animated film, Finding Dory.

Richard began playing CS since 2002 and has never stopped gaming. He has played Counter-Strike 1.6 version and is now competing in Global Offensive. He started his professional career in 2006 with the esports team Turtle competing in Counter-Strike Source. If he did not play CS: GO, Shox would be playing Starcraft II or any other except for League of Legends as he does not like the game.

G2 Esports established in November 2013, originally known as Gamers2, a Spanish gaming company based in Madrid, founded by Ocelote. The association has squads that focus on different games like League of Legends, Hearthstone, Vainglory, Smash, Rocket League and two CS: GO teams. 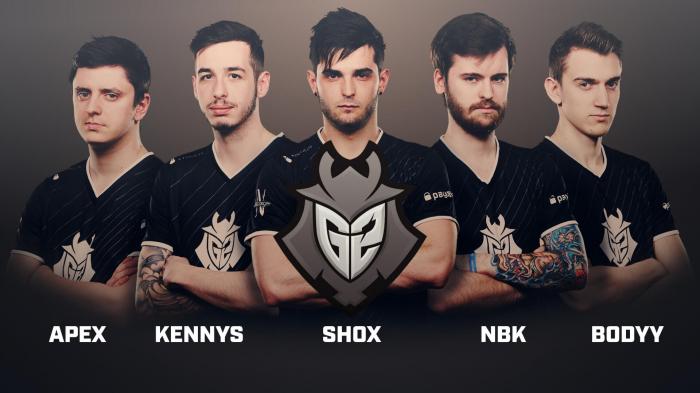 G2 CS: GO created February 2015 that signed on the former ESC Gaming players. The team has gone through a few changes for the better, these top players are shox, funny apEX, strange KennyS, Bodyy and mysterious NBK, taking their gaming levels to new heights. Papillon has competed against some of the top CS: GO teams like Fnatic, Navi, Flipsid3 Tactics, Faze Clan, North, Hellraisers, Gambit, NV and Immortals acquiring the skills to improve on his mistakes.

Shox and his current team G2 have won their highest winnings at the Esports Championship Series Season 1 – Finals. The unit won against Luminosity with the score 2-0, taking home their well-deserved reward of an amazing $250K.

His second accomplishment was at the ESL Pro League Season 5 – Finals while competing for G2 Esports. The squad defeated top team, North with a record of 3-1, claiming their prize of a surprising $225K. Shox’s impressive skills as a gamer did not go unnoticed for he was voted the 6th best CS: GO player of 2016 by HLTV.org.