NORTH; Hear the Roar. Why We Need Villainy

“Hear the roar…Feel the courage of a myth.” A melodramatic crash of stock lightning compliments this set of nonsensical one-liners. They are delivered in a deep monotone, dripping in the kind of movie trailer grandeur that walks the line between irony and sincerity. One by one, the players are presented, folding their arms with sealed lips. Their un-emotive poses are backdropped by a snowy taiga, overlaid with a grey tint to push the Michael Bay theme even more over the top. Finally, their introduction comes to an end, with an ominous warning to any who dare oppose them: “Be ready…The North is here.”

North’s presentation is undoubtedly ridiculous. There will always be a twinge of ironic hilarity in the glorification of video game stars. No matter how tightly they cross their arms, no matter how slowly their narrator speaks, portraying teenage gamers as awesome symbols of power and strength will always be somewhat offputting. But even in its absurdity, North’s villainous identity has successfully translated to the esports stage. K0nfig’s overly aggressive persona could be seen as cringeworthy by some, but for the most part, it inspired the desired response: anger. In a matter of days, North had transformed the crowd from ambivalent spectators to raging arch nemeses. Say what you will about North and their attitude towards the game, but it cannot be denied that their showmanship paid off exactly how they had hoped. Love it or hate it, North’s have done an incredible job at crafting their image, bringing that roaring beast to life, and turning “The North is Here” into an actual, plausible threat.

For the organization, community-wide hatred is surprisingly welcome. As Dignitas, this band of young Danes lacked any real personality. They were well-respected as a dangerous opponent, but out of the server, there was little to latch onto. Their story was highly limited, confined to the in-game performances and basic facts of their uninteresting players. They were young, and often failed to capitalize on their potential, but these characteristics were uncompelling at best. They could not define a team. Villainy might not push away angry fan mail and audience disdain, but as an attention-grabber, it is incredibly effective. A heartfelt message from K0nfig to his fans would draw few raised eyebrows, and be quickly forgotten. The aura of disrespect that he instead emitted was far more memorable, and far more interesting. These are the storylines that help characterize a team, and draw a similarly minded fan base to it.

But North’s newly found status as public enemy #1 is more than just an org-specific marketing tool. It brings back an essential character to any good narrative: the antagonist. Far too often, esports organizations and players are afraid to play the bad guy, frightened by the prospects of fan alienation and a lasting reputation. This could be seen as the safest route to a stable base of supporters, but it creates a stale, uninteresting scene, devoid of any substance beyond the literal interactions on the server. 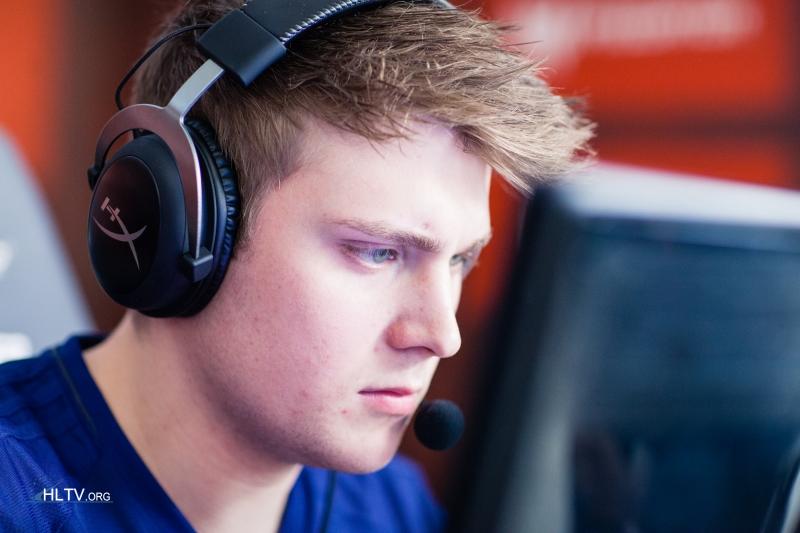 Take for example, CS:GO’s chaotic devolvement in the latter half of 2016. In some respects, it was exciting to finally see a departure from a scene traditionally dominated by just a couple of god-like teams. It was refreshing to take a breather from the oppressive reign of Fnatic or the rising tide of SK Gaming. However, the structural breakdown of the era made it difficult to find a solid story. It was great to see so many teams get their chance at the top, but without a true favorite, there could be no underdog story.

When you think about the most remarkable tournaments in CS:GO history, a few instantly come to mind. Cologne 2014 and Columbus 2016 are a few of the most notable. What makes these events stand out in our minds? Why do the successes of NiP and Luminosity remain forever in our heads, even as others fade away? It’s not because of the game they displayed, but the journey that got them there. The Ninjas in Pyjamas won Cologne in defiance of their downwards trend, and the doubters who prophesied their decline too soon. LG had been on the rise for months, but they had to overcome Fnatic’s dominance and their own mental block against them to win it. These tournaments would mean nothing if not for the struggles that got them to the big stage. Once again, we come back to the narrative need for an opposing character. There is no struggle without something to struggle against, and their is no good guy without a bad guy to qualify him. 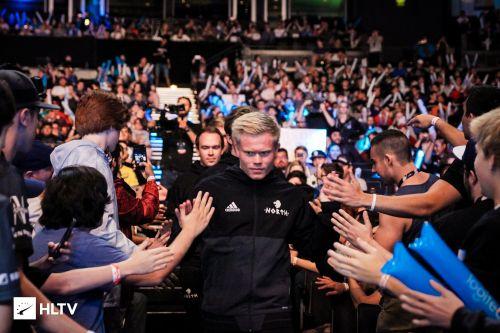 This fundamental aspect of all good storytelling goes beyond the realm of esports. In any sort of competition or conflict, there is a need for an enemy. The Hunger Games is an intriguing concept on its own merit, but imagine the dull, boring story it would make with all the background supporting it taken away. The fight is only interesting because of the ideological differences of upper and lower class districts, and the people that make up each one. The same applies to sports, CS:GO included. Counter-Strike is a thrilling battlefield, but on the competitive level, it loses its interest quickly without a personal stake on the line. In an actual game, this comes from the inner desire to win for one’s self, but in a more passive experience, a unique cast is necessary to maintain the emotional effect of a win or loss.

Because the narrative is such a vital component of a successful competitive game, North’s particular brand of in-your-face trashtalk is a necessary evil for a healthy scene. Often times, without a clear face to root against, the fist is automatically pointed at the man on top, the one who keeps the rest of the heroes out of the spotlight and out of success. Some teams can embrace this change, as Fnatic so infamously has, but others simply don’t meet the criteria. In our current state, Astralis is a horrible team to frame in this light. Similarly to SK, they are an underdog team themselves, overcoming an infamous semifinal curse to finally make it big. They simply don’t fit in a negative light, and they haven’t been prepared for such a role. By willfully bearing the mantel of hate, North has spared us from an awkward attempt to put others in their place, and those subjects from unjustified community backlash.

In general, diversity among storylines is always a good thing. If every team has their own characteristics, then spectators can truly identify with their teams, on a deeper level than regional ties or shallow brand loyalty. It gives the scene more flare, and helps differentiate each event in an oversaturated circuit. North have taken a major step by becoming the villain, a niche often left unfilled for all its importance. For that, they can be commended, even if they sacrifice their class in the process.