The Secret to NaVi’s Struggles

Natus Vincere is one of the most puzzling teams in the Counter-Strike scene. In the area of individual capability, NaVi excel. S1mple, Flamie, and Guardian headline one of the deadliest lineups in CSGO. Any one of these players can individually decide a game based on their performance alone. Despite their skill, Na’Vi have regularly failed to live up to their star power. 6 months after their last finals appearance, the CIS superteam has stagnated. Early playoff exits are the norm for a team that should be challenging Astralis and FaZe for the best in the world. Natus Vincere is at a breaking point. 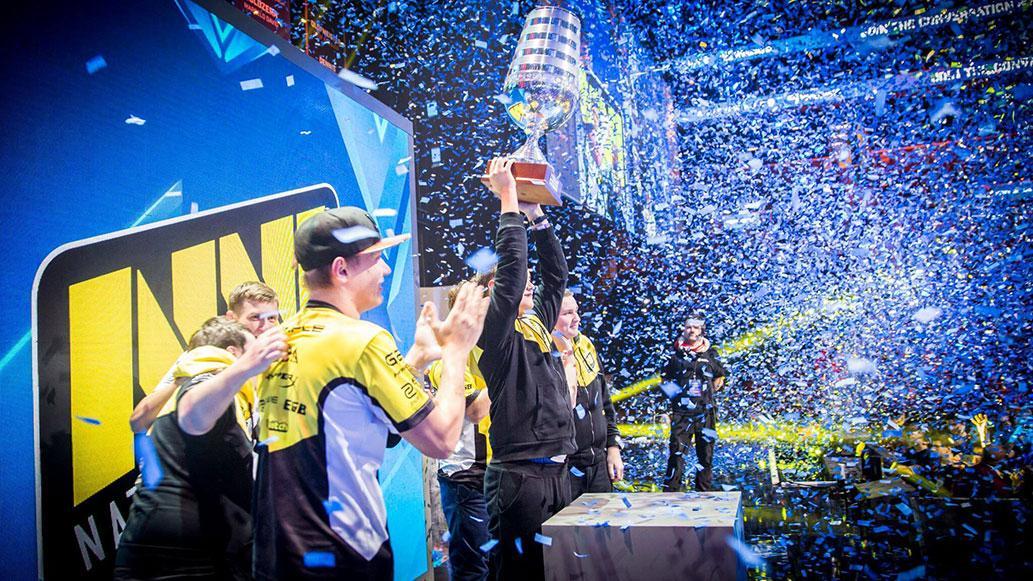 Despite their playoff woes, Natus Vincere has dominated the group stage with frightening regularity. The CIS team currently sports a 9-0 record in swiss events, proof of their true potential. This disparity also shows the depth of Na’Vi’s issues. Na’Vi’s consistent best of 1 success stems from more than just random chance. Na’Vi’s inability to perform come playoffs stretches far beyond the inconsistencies of a best of 1 format.

Na’Vi’s frustrating inability to achieve long-term results is directly related to their map pool. Even before Zeus’s departure, this was a serious hindrance to their success. Since their Global Offensive inception, Cache and Nuke have been gaping weak points for an otherwise strong team. The temporary removal of Nuke from the pool provided a temporary fix for this problem but failed to offer a long-term solution for the map’s inevitable revival. Since Nuke’s return to the pool, these wounds have been reopened. The old system simply isn’t sustainable anymore.

This urgent message has been lost on Na’Vi. Cache has remained their permanent ban, unchanged from the 2015 pool. Unfortunately, their resistance to change carried over to the new map. Nearly a year after its release, Newke is still an obvious weakness for Na’Vi. Their weaknesses were put on full display at IEM Katowice, where they fell 2-16 to Astralis in a humiliating quarterfinal. Basic fundamentals like vents control or proper rotations went missing in an embarrassing display of ineptitude. Navi’s lack of improvement on Nuke has led to a highly subpar map pool. In an era where even one perma ban can be exploitable, the fact that NaVi has two is inexcusable. Given the level of competition in CS:GO right now, Na’Vi can’t afford to shrug off two maps. 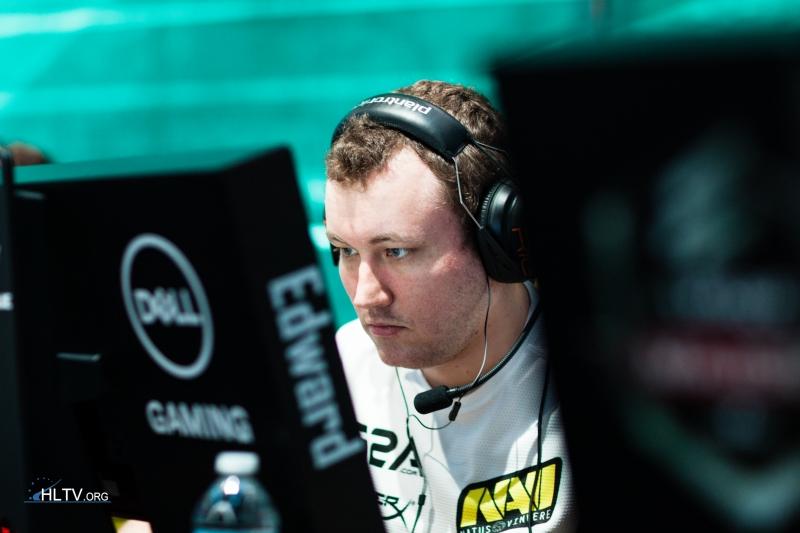 As more and more teams become comfortable on Nuke, it will become a consistent first pick against teams as weak on the map as Na’Vi. Whenever Na’Vi play a best of three against a solid Nuke team, they essentially go down 0-1 before the series begins. Even against teams not confident enough to first pick Nuke, their opponents will always have control of the draft. With the knowledge that Na’Vi is practically guaranteed to ban Cache and Nuke, opposing teams have free reign to pick their strongest maps. Their inability to play these two maps puts Na’Vi at an inherent disadvantage nearly every series they play.

In a round robin or swiss system, these weaknesses are invisible. With 3 bans before a map is decided, neither of their weak maps will ever make it through. Furthermore, the addition of a third ban makes perma bans less exploitable. If the opposing team specializes on a certain map, Na’Vi will always get the chance to ban it. With their biggest flaw eliminated, Na’Vi’s potential for dominance is unleashed. Fragging power alone is enough to make the team one of the best in the world on their comfortable maps. The individual performance of anyone of their three stars can turn the tides of a game. In a best of one, Na’Vi could beat any team in the world.

Sadly, the best teams in the world aren’t decided in BO1s. In 2017, Na’Vi only has a single best of three victory on LAN, a 2-1 win over Fnatic this weekend. However, the singular success shouldn’t be taken as a sign of strength. Instead, the close series is indicative of just how luck-reliant they have become. In their series against Na’Vi, Fnatic banned Nuke and Train, making them the perfect matchup for Na’Vi. Not only does their Nuke perma ban free up a ban that Na’Vi would normally use on one of their worst maps, Fnatic are also one of the few top teams weak on Train, allowing Na’Vi to get Mirage in the decider. Even with all these advantages, the series was still too close to comfort. Once again, Na’Vi’s perma ban on Cache came back to bite them, allowing Fnatic to pick their best map, Inferno. This kind of situation is rare. None of the three teams who have won 2017 premier events match up nearly as well. FaZe, Astralis, and VP are much better on Train and Nuke than Fnatic. Against any of these top teams, Na’Vi would have an even more difficult time on their opponent’s first pick. Inferno may not be their strongest map, but it’s significantly stronger than Nuke. They would also have a less favorable decider. Instead of Mirage, Na’Vi would be forced onto Train, a map that all three of those top teams excel at. Until their map pool widens, Na’Vi will be forever locked out of success. 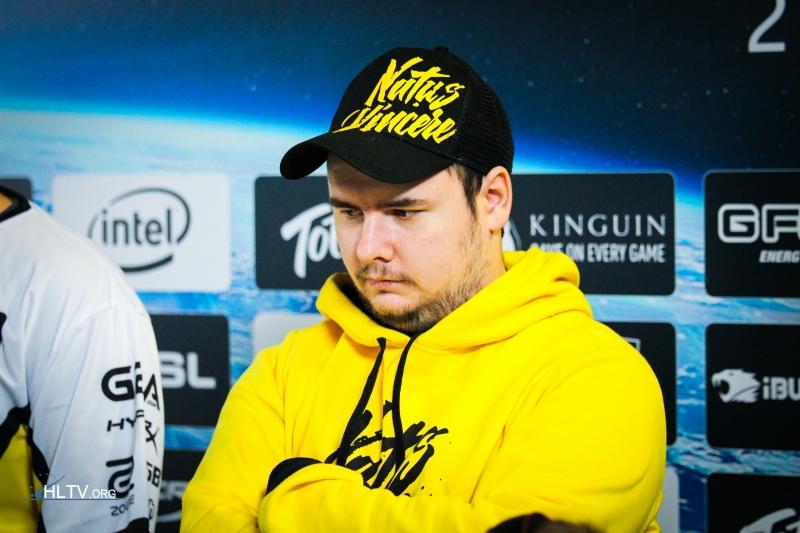 Na’Vi’s group stage success has pushed their glaring problems under the rug. Time after time, Na’Vi’s consistent failures are justified by their meaningless successes. Their top form is so impressive that it’s easy to overlook their obvious problems. It took half a year of continous disappointment for the org to finally make a change, replacing coach starix with their former analyst, Andi. As legendary as starix’s 7 year tenure with the org undoubtedly was, his removal is a refreshing change. CS:GO is not the same game as it was three years ago. The idea that a top-tier team could simply ignore two active duty maps is an archaic artifact of starix’s playing career. In such a fierce competitive landscape, Na’Vi desperately need to adapt. If Andi can’t make the changes that Na’Vi need, it’s hard to imagine the CIS superteam ever living up to their potential.

In the highly competitive scene we have today, even one perma ban can be exploitable.  Teams have become so dominant on specific maps that ban flexibility is a necessity. For example, Gambit is far from a #1 team, but on Cobblestone they could beat anyone in the world. Against such a specialized team, it’s often better to ban their most comfortable map rather than your least comfortable.

Na’Vi’s insistence on maintaining two perma bans is simply unsustainable. With so many teams close to the top, high-caliber teams cannot afford to ignore more than one map. In a best of three setting, Na’Vi is automatically put at an 0-1 deficit against any team that plays Cache or Nuke.