The Overwatch World Cup 2018 organised by Blizzard Entertainment is the third edition. Taking place in Anaheim in the United States, the premier tournament will […] 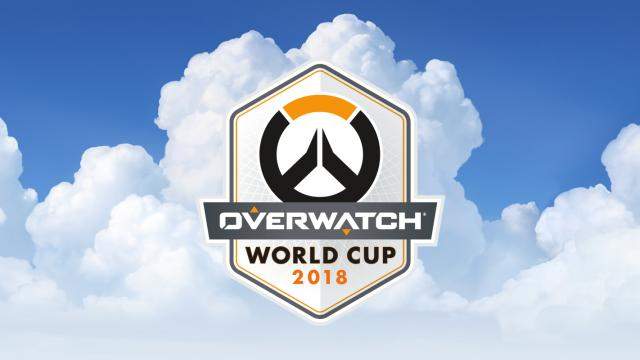 Group A
Group B

The Overwatch World Cup 2018 organised by Blizzard Entertainment is the third edition. Taking place in Anaheim in the United States, the premier tournament will kick off from the 2nd till the 3rd November 2018 at the Anaheim Convention Centre, where many gaming enthusiasts will get to watch their favourite esports teams compete in the Playoffs for their chance to win gold. Blizzard’s Overwatch Worlds 2016, subscribers were allowed to vote for teams that would best represent their country. Reaching three million deciding votes, the main event was followed by 100K people at BlizzCon 2016. Gaming fans got to see how the South Koreans beat the Russians with a record of 4-0 in the Grand Finals.

From the four corners of the world, the top eight Overwatch teams that will participate include South Korea, Finland, United States, Canada, China, Australia, France and United Kingdom. These squads will get to travel to California to face off each other in the Playoffs with a single elimination format. All contending units are in luck to win the same cash prize whether they rank first or last in the event, each squad will take home a surprising $16K from the tournament’s total prize pool of $128K.

This year Blizzard have launched their Overwatch World Cup Viewer through the Battle.net app. On top of this, you can never miss out on anything if you choose to watch online through Twitch or Youtube. The Overwatch Worlds will also be broadcasted on ESPN 3 and Disney XD to reach the worldwide gaming fans.

The Overwatch tournament format will feature the best eight esports teams that will play in the single-elimination playoff bracket. The qualified squads will go head to head in the quarterfinals, where four will progress to the Semi-finals and on to the Grand Finals in a best-of-seven match.

The American team made their way competing in the Los Angeles Group Stage playing with an aggressive playstyle. The squad never gave their opponents any time to move around and play their strategies. The US team will play the British team, will they put a stop to the ongoing pressure in gameplays?

The British team managed to qualify through the Group Stages for Overwatch World Cup 2018, finishing in second place in Paris. One of the players ChrisTFer has been replaced by Fusions as the main tank. Due to this roster change, will UK find a way past the Americans strong duo in Mumo and Space to win the quarterfinals?

Having been the runner-ups last year, Canadian Overwatch team want to reach for the gold medal once again. Their Quarterfinal match will be against the French which will prove to be quite a gaming test of skill. With the players Surefour and Agilities competing for Canada, the squad may have a winning chance if they improve their gameplays to keep their motivational dream.

Through the Group Stages, China were faced with a lot of doubt whether they could go through the qualifying matches. However, their gaming talents were proof they still have what it takes to be the top team in China, finishing in first place to acquire their spot at the Overwatch World Cup 2018. Will they prove their strengths in their next feat against Finland?

The Overwatch World Cup will be gathering the gaming community from far and wide to celebrate all that is esports. Watching live streams, you have the possibility not to miss out on the action and atmosphere of competition while also placing your wagers on your national team. Hoping that your favourite squad will reach the concluding unforgettable grand finals at BlizzCon 2018. Which team will take the Overwatch Worlds 2018 title?