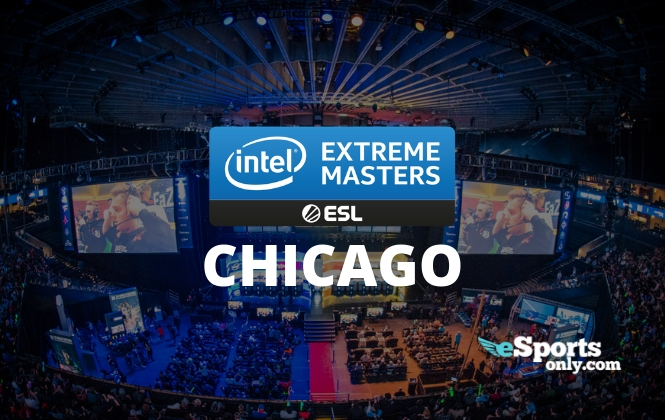 IEM Chicago 2019 is an upcoming CS:GO event that’s scheduled to take place in the US, between July 18th – 21st. The tournament will bring together eight of the world’s greatest teams and have a prize pool of $250.000.

IEM Chicago 2019 is the second Intel Extreme Masters event of the 14th season. The first one was held in Sydney and was won by Team Liquid. At this edition, however, the battle for the title will be much fiercer, as the global rankings have started to shift. Competitors that previously were not even in the top 10 are now highly skilled and can defeat absolutely anyone on a good day.

So it’s no longer a case where two or three teams are vastly better than anyone else. Every match is challenging and needs to be carefully assessed using team and map statistics in order to make correct predictions.

IEM Chicago 2019 offers a quarter of a million dollars in prizes. The money will be shared among the eight participants in the following way:

The Group Stage of IEM Chicago 2019 consists of two double-elimination groups. Every match is Bo3. The top two teams from each group advance to the next stage.

The Playoffs Stage of IEM Chicago 2019 consists of two Bo3 Semifinals and one Bo5 Grand Final.

Four of the eight IEM Chicago 2019 participants have already been revealed and will be analyzed below. The other four are not known yet, but there’s a huge chance that Astralis, Cloud9 and NRG Esports will also be added to the list as we get closer and closer to the start of the tournament. Meanwhile, these are the known competitors.

Team Liquid is ranked number two in the world right now and they’re the prime candidate for taking Astralis’ place if they should fail to maintain their top position. In 2019, Liquid played in five Grand Finals in total and won two of them. This is very impressive considering the fact that we’re just entering June and still have seven months to go until the end of the season.

So far, Stewie2K and his squad have been playing in one Grand Final per month on average and that’s absolutely impressive. To put things in perspective, consider the fact that Astralis only played in four Grand Finals in 2019. Of course, they did win two of them and one was at the IEM Katowice Major, but still: the fact that Liquid is keeping up is a great sign for the CS:GO scene and it shows that just like our political world, Counter-Strike is becoming an esport with multiple centers of power.

At the time of this writing, Liquid is waiting to play in the Semifinals of DreamHack Masters Dallas 2019 against the winner of the first Quarterfinal, FURIA Esports vs. Team Vitality. In all likelihood, they will play against Vitality and that match will be a real test for them, as the French have gotten very good lately and even managed to beat Liquid in both Bo1 and Bo3 matches over the past two months.

Furia Esports beat Vitality and will play against Team Liquid in the semis.

Three close maps later, and we advance to the Semifinals of DreamHack Masters Dallas. The CS action takes a day off, but will continue on the weekend!

Thank you for cheering us on along the way. #LetsGoLiquid pic.twitter.com/5el6hhIv6l

Going into IEM Chicago 2019, we expect Team Liquid to qualify for the Playoffs. Whether they can reach the Grand Final or not is still unclear, as the level of competition is high and there will be at least three other teams in the tournament that have defeated them at recent events. Nevertheless, IEM Chicago 2019 should be a great chance for NAF and the rest of the Liquid crew to show us what they can do against some of the strongest lineups in the world. If they can win here, they can win anywhere. Liquid is one of the most solid teams at the moment so keep and eye on they should you wish to delve into CS:GO betting.

Just like Liquid, ENCE has reached a point now where they are seen as one of the favorites at every event where they go. Just 13 months ago, they were ranked 181st. Now they are the 3rd best team in the world.

Based on these results, we can clearly see why ENCE is considered one of the best teams in the world at the moment. Going into IEM Chicago 2019, we expect them to reach the Playoffs Stage. After that point it’s hard to make any predictions, simply because the skill difference between themselves and the likes of Liquid and Vitality is very slim. Anyone can beat anyone else, so you need to follow the tournament matches and figure out whose form is better.

Vitality has been on a huge upward trend from November last year, climbing 40 positions in the global rankings. The French squad is now one of the best five teams in the world and represents a massive challenge for anyone.

In 2019, Vitality came close to qualifying for the Playoffs of IEM Katowice Major but ultimately got defeated in the decider match of the second stage by NiP and had to exit the tournament in 9th – 11th place. However, their performance showed incredible determination and a sheer desire to become one of the world’s best.

In terms of individual talent, this team has most of the best French CS:GO players in it. As soon as four of them joined the organization in November last year, Vitality’s results have changed dramatically and the team went from provincial nobody to global elite in only six months.

At the time of this writing, Vitality is waiting to play in the Quarterfinals of DreamHack Masters Dallas 2019. Other important results this season were registered at Charleroi Esports (1st place) and cs_summit 4 (1st place, after beating Liquid in the Grand Final).

Team Vitality lost to Furia Esports in the quarterfinals of DreamHack Masters Dallas.

Not much to say. We didn’t find our pace on Nuke and we fall against @furiagg in the quarterfinal of the @DreamHackCSGO Dallas.

It’s definitely not what we wanted after the cs_summit, but we will come back stronger #VforVictory

In any case, IEM Chicago 2019 will be a test for them and we will get to see how they compare to the absolute best. Because their current position in the global rankings is pretty stable and we don’t see them losing it anytime soon.

And finally, the 4th known competitor for IEM Chicago 2019 is MIBR, a team with enormous potential but not the best strategies and synergy. Keep in mind however that the MIBR roster used to be the absolute best in the world less than two years ago. So a lot could happen as the months go by, although, to be fair, we would expect them to be ready by now. Because it’s been more than five months since TACO has joined and the best performance we’ve seen from MIBR so far was a 3rd – 4th place result at IEM Katowice Major.

At IEM Chicago 2019, we expect MIBR to either impress or fail spectacularly. There’s no in-between, simply because the level of competition is too high. If their training over the past month has led to some progress, they’ll likely finish 3rd – 4th. Otherwise, they may drop as low as 7th – 8th.