The ESL Pro League Finals will be the culmination of 4 months of dedication and perseverance. The four teams on stage at the Verizon Theatre this Saturday are the four who have put in the hours to justify their presence. Every team is a threat and every team has something to play for. No one is willing to let their incredible efforts go to waste. The $150,000 difference between champion and semifinalist provides plenty of motivation, but more than just money drives these competitors. Each one has a different story, a unique fuel to the fire they breathe on the servers. But by the time the theater is empty, only one will have fulfilled their ultimate goal, beyond the final scoreline. 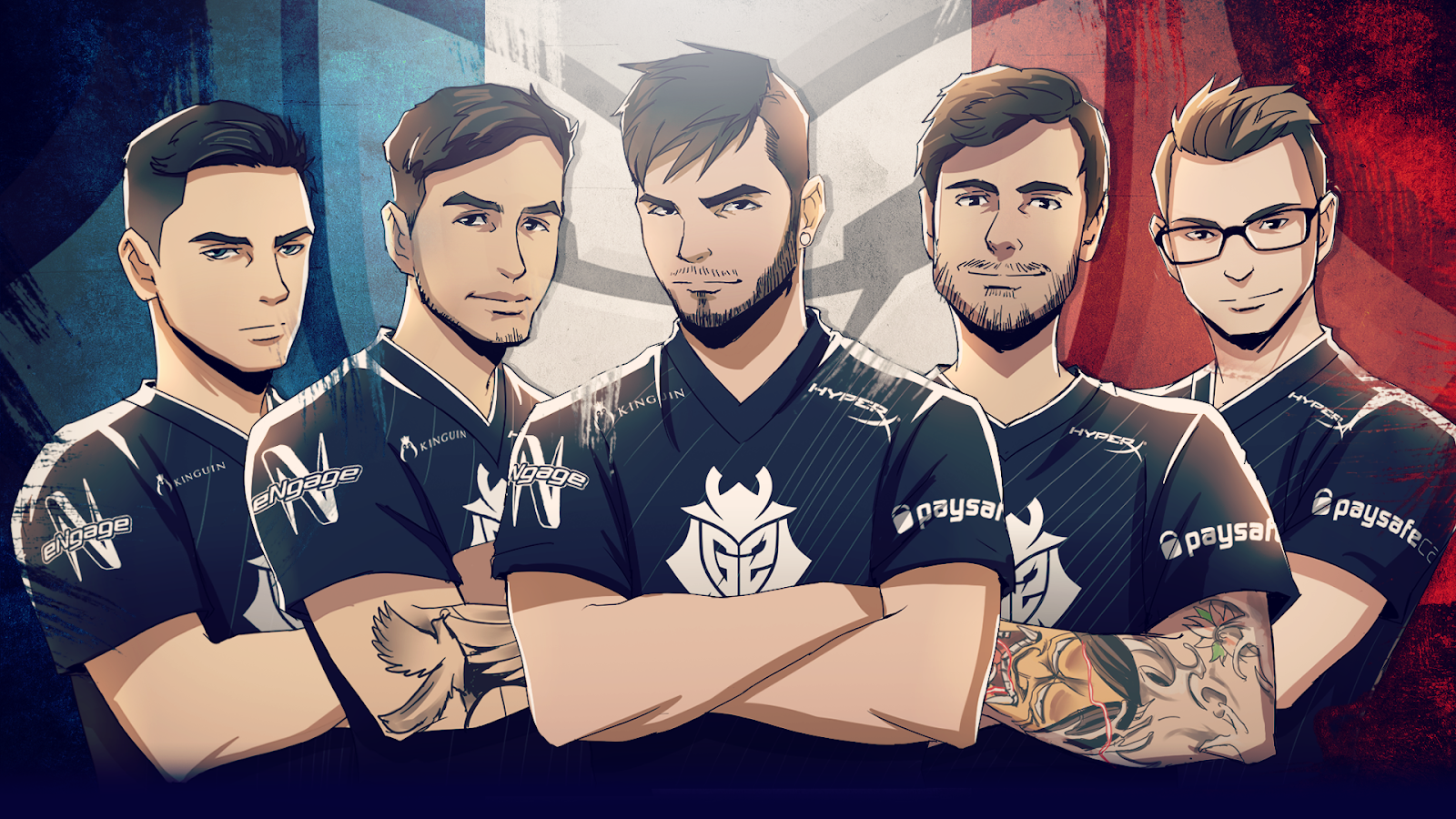 For G2 Esports, the EPL Finals are a proving grounds. From the onset, G2 were a team with lofty expectations. From the moment they were born, greatness was a given for France’s newest superteam. Over a year removed from Cluj-Napoca, a French resurgence was long overdue, putting the pressure onto the nation’s newest powerhouse to return France to the top. For their, G2 was next in a long line of Tricolour greatness, forced to live up to the likes of LDLC and VeryGames. Before even playing a single match, they were said to be destined for greatness, an inevitable contender for the best in the world. From then on, every game they played, every trophy they reached for, would be compared to that impossible standard. How can a team so drenched in the success of the past the ever truly live up to the achievements they hope to recreate?

With the bar set so high, immediate results are necessary. In their first three events, the Frenchmen showed clear improvement, increasing consistency and coordination at an impressive speed. G2’s steady climb in the CS:GO rankings should inspire hope in French fans, putting to rest some of the major concerns about the roster, at least for now. Fears of clashing personalities and a dysfunctional team environment have been quieted by the stability that the roster seems to have. Obviously, they were founded on individual talent, but their gradual development as a singular unit looks promising for future successes.

That being said, distant success will not satisfy the standards to which G2 have been set. As unfair as it may be, national pride and regional legacy have driven the bar higher, and the deadline for G2 nearer. The next few tournaments will be vital in determining the reminiscence of this iteration of premier France talent: Will they recapture the golden days of 2013 Verygames? Or will they merely continue the mediocrity of 2016? Their performance in Dallas could decide the course they take.

For SK, the ESL Pro League is a chance to solidify their place in the highest tier of Counter-Strike, joining Astralis and FaZe as the dominant forces in the first half of the year. More than ever, an elite class is forming in Global Offensive. Unlike the domination of Fnatic or the chaotic uncertainty of 2016, recent months have shown the development of an exclusive top tier, not limited to a single number one, but clearly separate from the rest of the scene. In the 5 premier events of this year, four teams can account for every single finals appearance. What’s more extraordinary, is that these teams appear to be evenly matched. Each member of this elite group has had their turn lifting the trophy, just as they have all seen it fall into their opponent’s’ hands. Membership of this class would mean a permanent seat at the head of the table, a level of respect beyond what is given to the average opponent. And, more specific to SK, it would mean a return to the untouchable status they received for their incredible back-to-back major runs. Amidst the chaos of last fall, SK Gaming seemed to be the only source of order. Even as they failed to reach the heights they did in Cologne, they were always reliable, and ever respected. Reclaiming that status would mean the world to these players, and give a valuable resolution to the months of rebuilding that followed their gradual fall from the top. 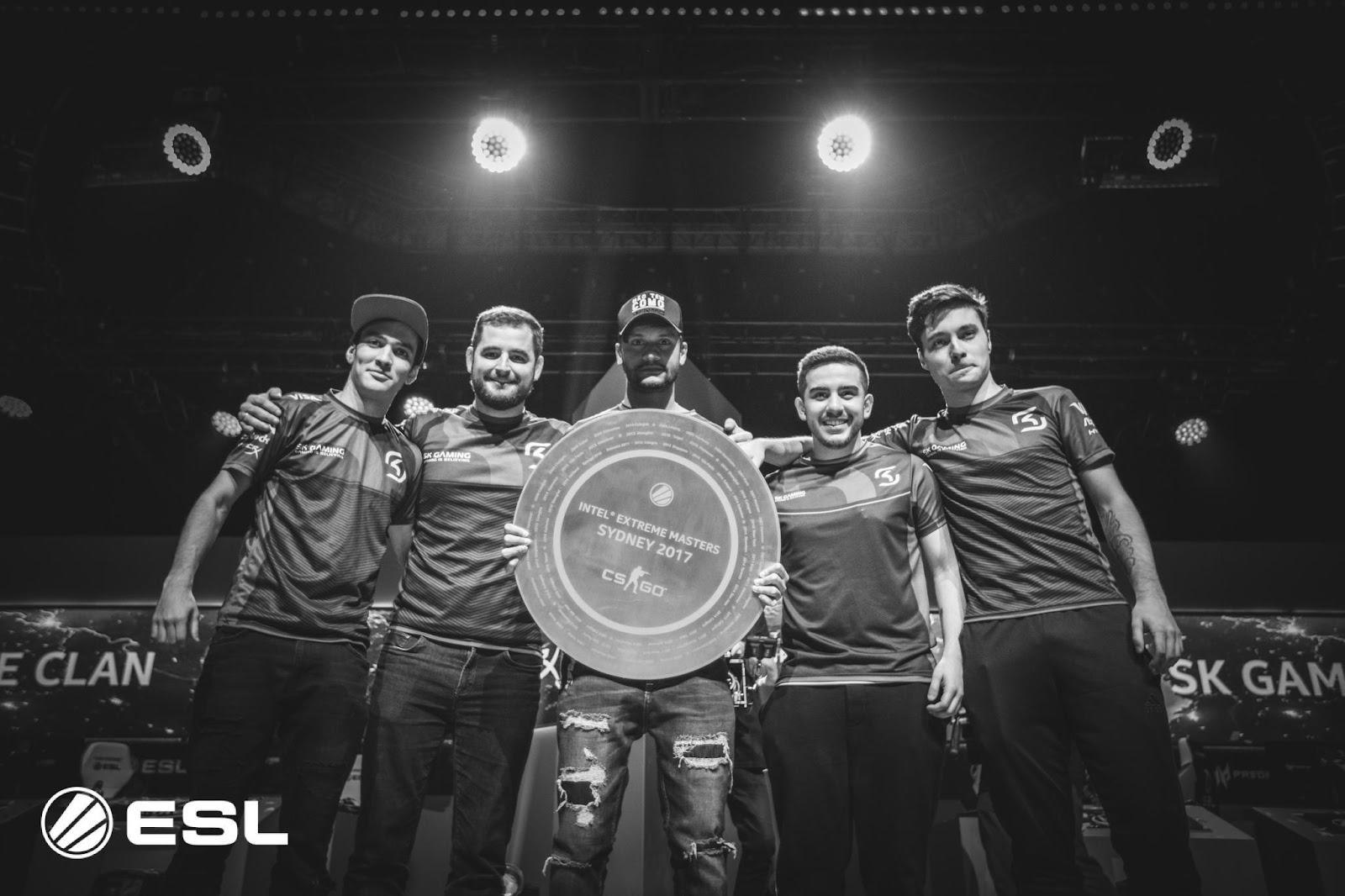 However, this “S Tier” of CS:GO is not an absolute. A major upset could drag us back into a state of chaos, or level the playing field for all but one, era-defining organization. For this reason, a clean win in Dallas is necessary for SK. To go toe-to-toe with FaZe and Astralis, the Brazilians must outclass all others in every aspect, towering above the lower levels of competition. With IEM Sydney and cs_summit already under their belt, EPL would solidify their place above the competition.

For North, the Verizon Theater is a chance to finally break through. If the “lower class” of high tier teams had a face, it would undoubtedly be North. Since their breakthrough event at EPICENTER 2016, North have failed to live up to their endless potential, forever relegated to early playoff outings that can only be regarded as “decent”. North represent the ultimate tier 2 lineup. Whether their history of semifinal failure, or their inability to overcome Astralis as the best in their country, North always seem to come up short. North could be described as a “historic” team, but not necessarily a “storied” one. There is little to set them apart from any other group just outside the top, and their quest to make the top tier has been stagnant so long that they’ve lost their interest as an upcoming success story and been relegated to the uninteresting shelf of predictable losers. 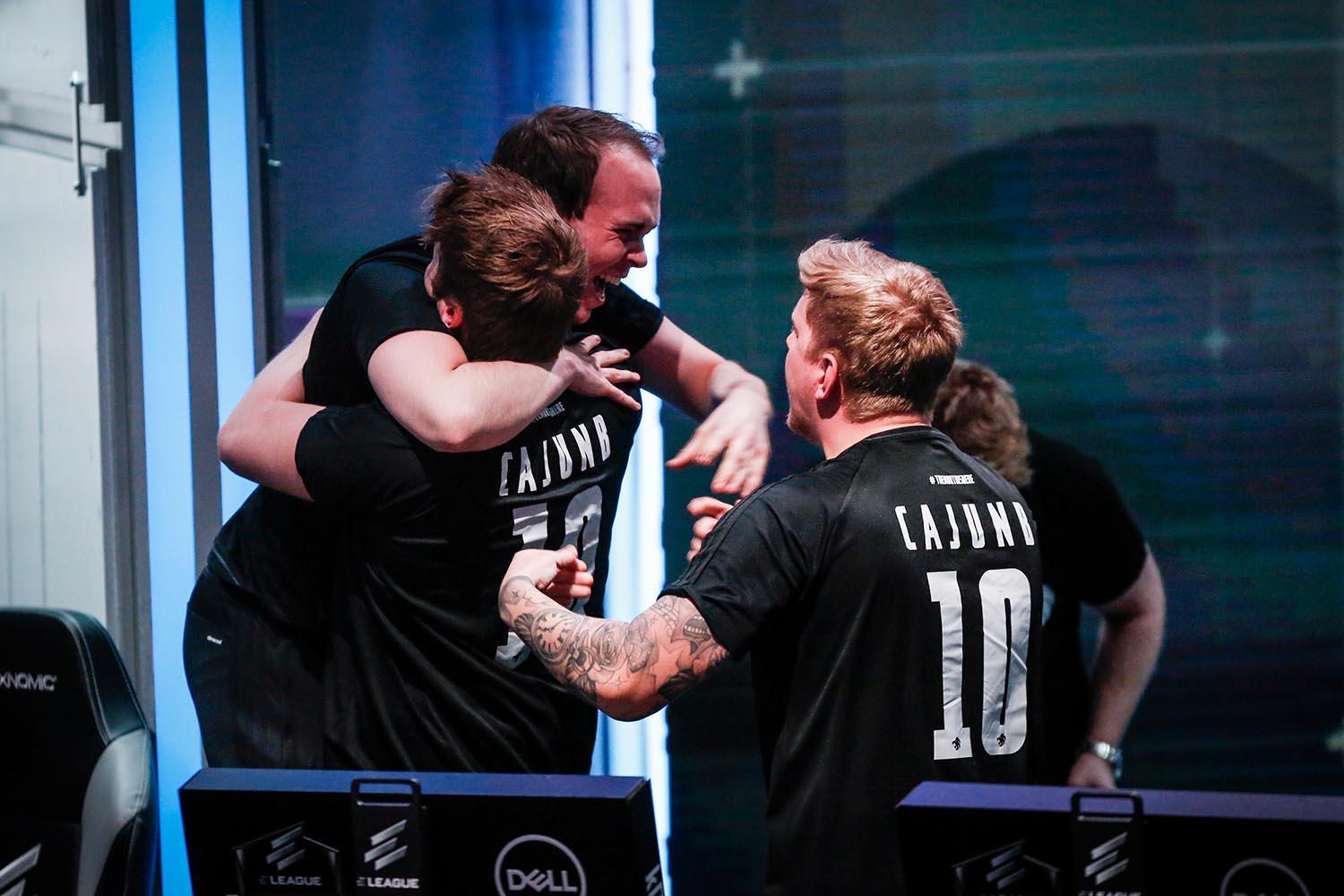 That’s why the ESL Pro League is such an incredible opportunity for them. For the first time this year, North will have a chance to play in a premier event without their Danish nemeses. Virtus.pro and FaZe are also noticeably absent, leaving the door wide open for teams accustomed to peering through the window. If there’s anything left that North haven’t shown us, now is the time to bring it. Through all of their struggles, the Danish rejects have never had a crippling weakness that brings them down each time. They’ve got plenty of firepower, strong shotcalling, and a seemingly strong bond as a team. As often as they fail to make it over the hill, it always seems that only a small push would get them there. As FaZe and Astralis drift further away from the rest of the pack, and SK seeks to join them, now is a better time than ever for North to show the strength they really have. A win in Texas would boost them to a strong 4th position, and improve their standing as Krakow draws near. It’s time to North to erase their past, and ascend beyond the mediocrity we’ve come to expect from them.

Finally, for Team Liquid, motivation comes from the crowd. Unlike G2’s desire to live up to French greats of the past, North America has no benchmark for success. Cloud9’s occasionally deep runs and TL’s history at majors provide a taste of the regional triumph, but no American team has ever been consistent on the international stage. Between all the big name sponsorships and equal opportunity tournaments, North America is still an objectively worse region than Europe. Even South America has achieved greater successes, despite the total lack of structural support for the region. The North American surge is long overdue, and at this point, it’s hard to see it coming at all.

In spite of its bleak state, the North America region can find some solace in the change of mindset in their newest international hope. After such a long period without any success, NA has been somewhat rightfully stereotyped as a greedy region, focused more on marketing value than in-game results. Cloud9 have become the face of this complaint, fueled by their refusal to change a roster with no successes since early Fall of last year. As such, Liquid’s serious focus on winning is a breath of fresh air for a region in serious need of new life. In the past 6 months, Team Liquid have risked it all for the creation of an NA dream team, pushing through angry fans as a necessary obstacle to true accomplishment. Fortunately, the end seems to have justified the means, as Liquid’s new roster has already outdone all other NA placings this year in their debut premier event. But given their new focus on international success, it’s unlikely that TL will be content to as the best in their region.

2017 has been undeniably disappointing for North America. The new year seemed to reset the sudden progress from C9 and OpTic, taking a nation on the rise back to its lowest stages of development. With this in mind, it’s hard to get too excited for Liquid on the main stage. But underneath this pessimistic viewpoint, Team Liquid could truly excite this weekend. Led by a refreshing mixture of tactical and mechanical strength, and a surprisingly large map pool, there is a serious chance for Liquid to overcome the odds, and defeat the Danes in Dallas. The crowd, the roster, and the mindset all favor Liquid. The only thing left is to get out there and win. 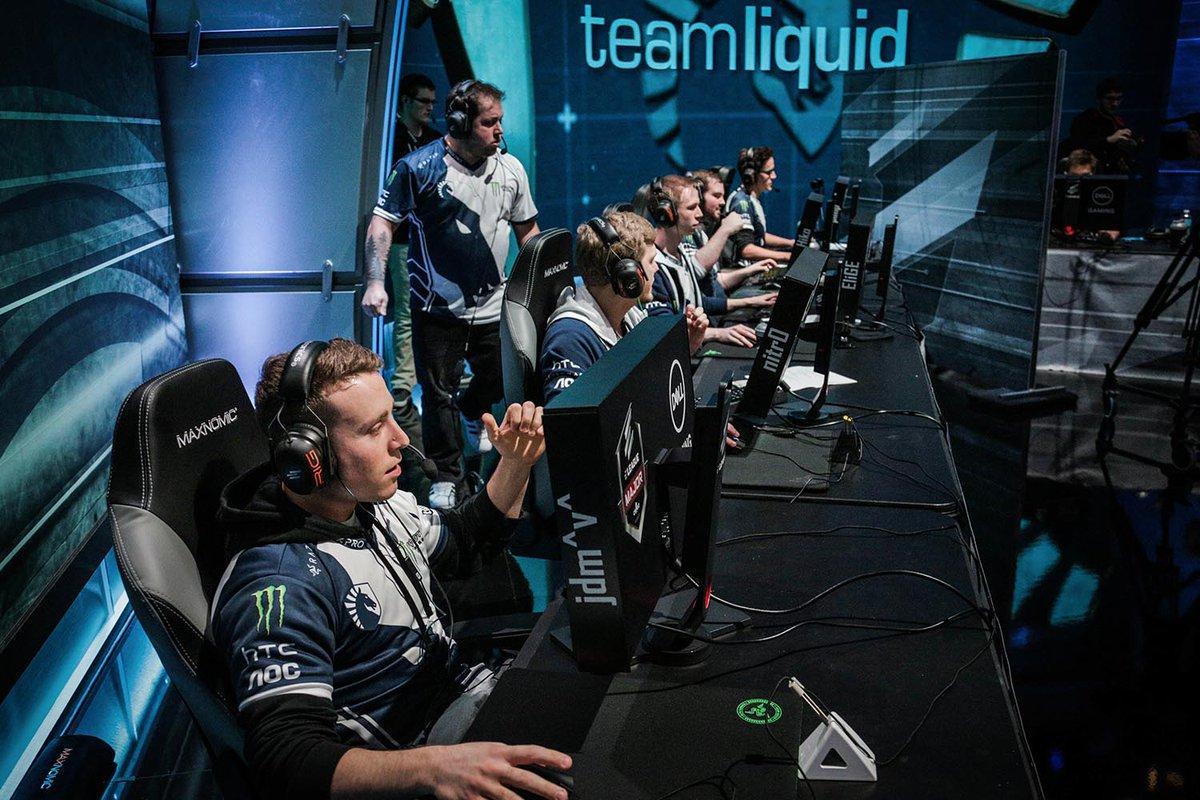