Day one fielded, Florida Mayhem, San Francisco Shock, Los Angeles Valiant, Seoul Dynasty and the Shanghai Dragons, a grand mix of colors all squeezed into one day of action.

On the other hand, day two saw a lot of blue, and just the right dose of green, orange and purple, as Dallas Fuel, New York Excelsior, Boston Uprising, Houston Outlaws, Los Angeles Gladiators and London Spitfire took to the stage. Following the order of day one, map one took these fresh teams to Dorado, and seemingly this map looks to be the map of failures, as Dallas Fuel came short of the second point, being stopped just shy of the last corner. Houston Outlaws then pounced at the chance and pushed that payload hard, to take their first win and put the series 1:0 in their favor.

The second map once again took us to the Temple of Anubis, and again in similar fashion to our first game on day one, it went on for longer than expected, with both teams capping both points on their first push. Houston Outlaws then went on to attack the second time around, falling just short of the second point capture with over 90% cap on the gauge. Dallas Fuel’s fire was burning as blue as it could at this point, and it would past the finish line as they secure a tie to the series, capping over that secured percentage that the Outlaws had, to then be slightly disappointed by an arena technical difficulty that displayed the wrong team winning.

Regardless, the series was thus tied 1-1, and so map three was once more Oasis. With the previous map going to Dallas, the Houston Outlaws were out for blood, and it showed as they took home the first round on Oasis in a flash giving Dallas barely a 19% cap on the meter. However, the Dallas Fuel boys weren’t having any of that, as they not only bounced back to equalize the map, but they made a statement on the third round, taking it a hundred percent to zero and bringing the series to their advantage at 2-1.

The Fuel boys had some trouble on the next map, as they failed to complete Eichenwalde bringing the payload just about around that last tight corner. The Outlaws didn’t falter at this point, pushing through with over three minutes left. Thus, they were left with a 2-2 score in the series, but since we don’t like ties, the series was thus taken to a tie breaker on control as both teams headed to Lijang Tower.

Similarly, to the previous control point adventure they had on Oasis, the Outlaws took the lead in the map taking the first round to their advantage. Dallas Fuel though weren’t going to go down so easily as they quickly equalized the series. The final round would then be a story of Effect. Whilst playing Zarya, Effect decided to channel his inner Reinhardt and plant himself like a wall in front of the Houston Outlaws, preventing anyone from getting to the point, securing the map 2-1 and the series 3-2 in favor of Dallas Fuel.

The first match played on Day 2 of the Overwatch League Pre-seaon was that of Los Angeles Gladiators vs London Spitfire were the Gladiators took the series with a score of 3-2. We must not forget that a second match was played on day two, as the New York Excelsior took on the Boston Uprising, taking the series 3-1 in their favor. 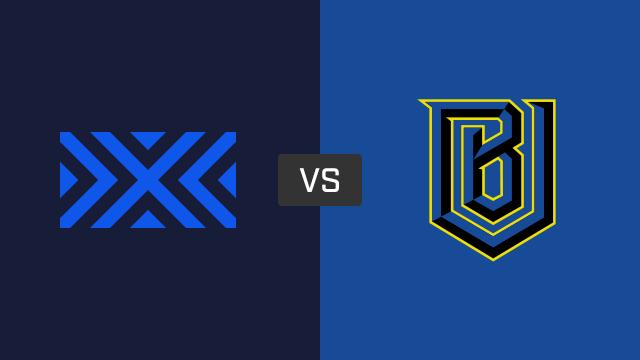 If you missed the action, you may find all the VoDs here!