The International 2017 is the seventh annual edition of one of the most anticipated DOTA 2 events. This year it will be held in Seattle between the 7th and the 12th of August. In this article, we’ll be going over some fun and interesting facts for this highly anticipated tournament.

No players from TI6 Grand Finals will participate in TI7.

It is sad to note that there will be no players who fought during last year’s grand finals will compete in this year’s TI. All ten players from two teams have either failed to qualify or didn’t receive an invite.Wings Gaming, the winners of The International 6, disbanded shortly after internal issues and players joined different teams, in which none of them made it thru the quals. Planet Odd, who were under the banner of Digital Chaos that time, also didn’t make it. One of Planet Odd’s players is a record holder of attending the last six TIs under different teams. If he secured a slot to TI7, he will have the record of attending all seven TI events under different organizations.

This is the first TI where there will be no defending champions.

Since the victors of TI6 will not be attending this year’s event, this is the first TI were there will be no defending champions. Wings Gaming was a deathball; but sadly, none of their players will be seen on stage this year.

After 7 of them failed to qualify, there are only four remaining TI all-time players.

Eight out of 18 teams have at least one player from SEA.

Despite lacking a title, SEA region is the most progressive region in the competitive scene right now. Few years ago, SEA can barely make it to top rank. Surely there were legendary teams Orange Esports and MiTH.Trust who took it to international level; but aside from them, SEA always struggled to get a global attention like what they have right now. Eight of the participating teams this TI have at least one SEA player – three SEA teams, Digital Chaos from North America, OG and Secret from Europe, and LGD.FY and Newbee from China. It is uplifting to see that SEA have made such improvement, getting hired by organizations outside their region.

China is the country with the most number of players to attend TI7.

As always, the number of Chinese players who will fly to Seattle will be dominant. There are 22 players from China this year’s TI. That makes them the country with the most number of players, followed by Philippines with 11 players then Russia with six.

SEA region has the same three teams to participate in TI7 as TI6.

Last year, we have the teams TnC Pro Team, Fnatic, and Execration from SEA. This year, we will see the same teams again!

This is the first Dota 2 tournament with 10K MMR player.

Abed, 16 year-old Dota player from the Philippines is the first ever player to hit the 10,000 Match Making Rating. He is currently playing mid role for Digital Chaos who secured a spot to the TI7 thru the Americas qualifier. This is the first TI and first Dota 2 tournament with a 10K MMR player competing.

With over 40 days left of fundraising, TI7 is about to break the largest prize pool in the history of esports.

Forty days to go and only $690,000 remaining to break the TI6’s record of having the largest prize pot in the history of esports! 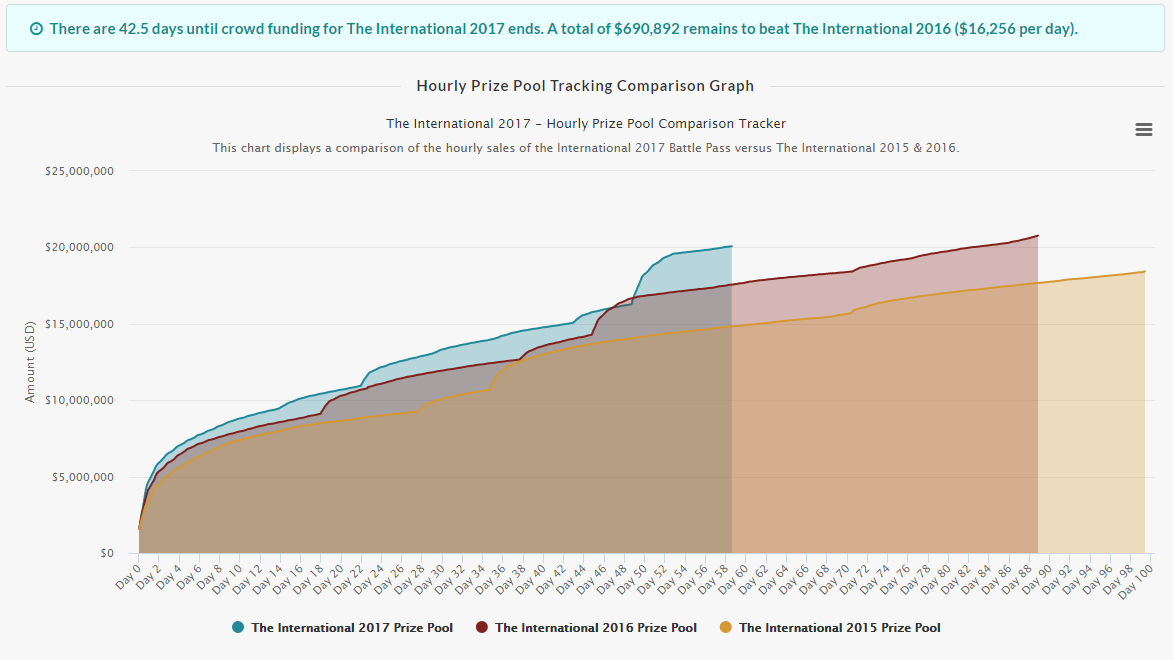