On May 7th, a Brazilian flag was lifted in Australia. Even in front of a Sydney crowd, thousands of miles from their South American home, SK Gaming’s victory was met with roaring applause, paid respect to one of CS:GO’s all-time greats. For Brazil, IEM could not have meant more. Nearly 10 months after standing victorious in Cologne, Brazil’s fan favorites finally lifted another trophy, bringing success back to a once dominant nation. Confetti rained down on the Sydney stage, bringing hope to a region freed of their tournament drought. Brazil had made it to the top once more.

SK Gaming’s Sydney success was not the first Brazilian triumph on the first week of May. Just over a year ago, Tempo Storm found their first tournament victory at the CEVO Gfinity Finals in London. Their breakout victory held similar meaning to that of Sydney, serving as validation for an underappreciated scene. When Tempo took the trophy, they proved that it wasn’t just FalleN’s leadership that made Brazilian teams into household names. It was the talent, skill, and dedication of their players that made Brazil a force to be reckoned with as a whole, not just with one team or player. Their win legitimized a perennially undervalued part of CS:GO and esports in general. 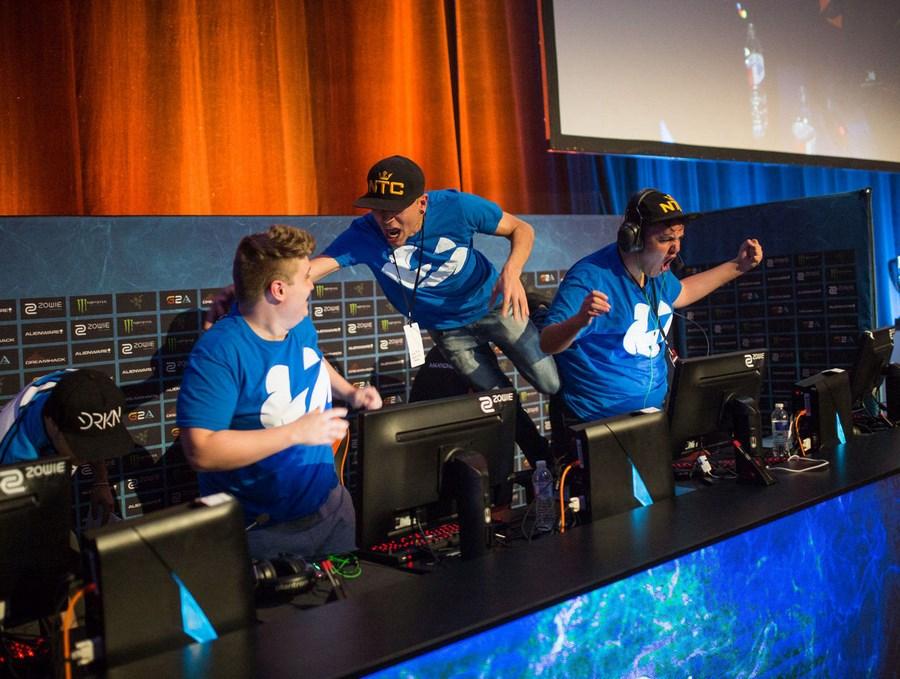 The connection between these two teams goes far beyond region or date. From the very start of their journey to their incredible rise to the top, Immortals and SK have been intertwined in companionship and brotherhood. Their stories are alike not as a coincidence, but as a product of shared goals, and means to reach them.

In 2015, Immortals lacked a big name NA sponsor. They didn’t have the multitude of tournament wins and international fortune that they now boast. In 2015, Immortals were known as Games Academy, a group of Brazilian talents who finally got their big chance. Created by FalleN as a project to develop a struggling South American scene, Games Academy was a chance for fledgeling stars and passionate players to outgrow the limits of their environment. They shared a house with their founder’s more decorated sister team, and followed in their footsteps, eager to achieve the same level of international acclaim that Luminosity (now SK) had done before them.

Their path to the top was not without its bumps. For the first few months of their official existence, Games Academy was more of a curiosity than an actual threat. They held show matches with their sister team to show off their region’s strength but consistently fell to their new American opponents. Their upsets inspired wild predictions of Brazilian dominance and dramatic improvement, but their head-scratching losses did not draw the same ire. For much of their early beginnings, GA was more of a novel tribute to FalleN’s character than an actually legitimate threat.

Games Academy’s early struggles with legitimacy mirrored those of their more accomplished sibling team. The inclusion of a Brazilian qualifier for the X Games was viewed more as a sympathetic act towards a stagnant scene than a reflection of regional strength. This perspective was only strengthened by flusha’s offer to pay for their travel, creating rags to riches narrative with no real expectation of the latter outcome. However, like SK, they overcome their doubters and obstacles to reach greatness that no one could have expected. 6 months after their US arrival, the newly sponsored Tempo Storm lineup had already qualified for three premier events, and come out victorious in one. Their success showed clear proof that dedication could overshadow regional disadvantages, and took Brazil from a one-team wonder to an international threat. 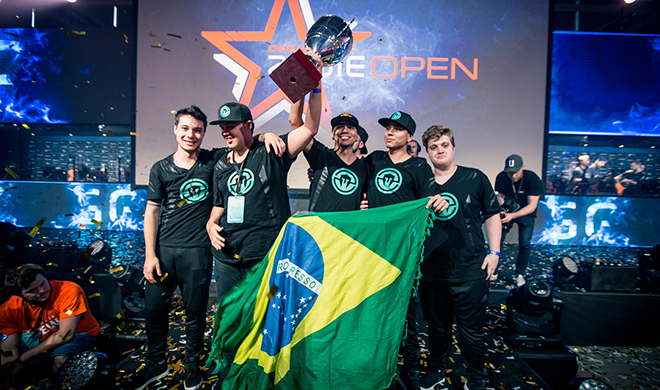 In one arm, Immortals raise a trophy. In the other, they hoist the Brazilian flag.

Sadly, Immortals’ first taste of success simultaneously sent them down a separate path from their celebrated SK siblings. Sucked in by their first sip of the CS spotlight, the former academics have abandoned their roots, drifting further and further from their more accomplished Brazilian brethren. The underdog up and comers of Games Academy have been replaced with an established name in the Counter-Strike scene, backed by a massive org and a major fanbase. In their search for opportunity, Immortals have reached the destination on their rags to riches journey, but in the process lost the bootstraps identity that made SK such a well-respected team, both in and out of the game.

SK are easily one of the most beloved teams in CS:GO. Beyond their massive fanbase in Brazil, SK is universally respected for their journey to the top, and the mindset of their players. Sydney is nearly halfway across the world from their home in Brazil, but SK. still received roaring applause to commemorate their thrilling grand finals win over FaZe Clan. And yet, despite their similar story of passion and persistence, Immortals have become one of the most hated teams in CS:GO. Whether accused of cheating at Northern Arena, or unsportsmanlike taunting after winning a round, IMT always seems to be on the wrong end of the community’s pitchfork. While some of their negative perceptions is justified by these actions, Immortals seem uniquely tarnished by their controversies. SK Gaming are no strangers to controversy, but they always seem to bounce back from a temporary loss of public faith, a feat that Immortals have been unable to accomplish. Immortals’ increasing lack of international fan appeal has been one of the key changes over the course of their lifetime as a team. Their transition in the eyes of the community from a film-worthy success story to another group of toxic cheaters has been one of the most significant signs of their identity change, and their fall from the light of SK. 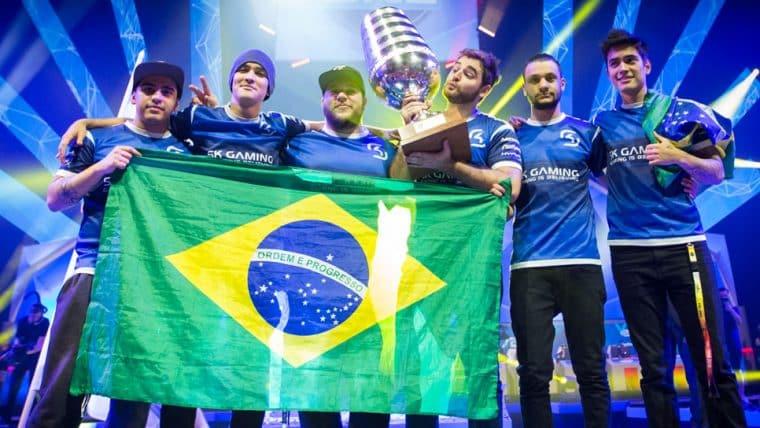 Public perception hasn’t been the only factor in Immortals’ gradual decline compared to their compadres’ consistency. In-game, Immortals have adopted a far less reliable style of play that has taken a toll on their tournament-to-tournament results. This is another major distinction from SK, who, up until recently, held a near 11-month streak of playoff finishes at premier events. FalleN’s controlled system of play contrasts sharply with Immortals’ loosely organization. SK are well-known for their ability to set up important, meaningful roles for each of their members that provide a safety net if one or two don’t succeed. Immortals, on the other hand, are a bit of a one man band, putting all their eggs in a HEN1 basket for any hope at real success. This has contributed to their inability to maintain a steady flow of international results, an issue that has kept them out of all 3 majors they’ve been eligible to attend. If their notoriously hit-or-miss AWPer isn’t online, Immortals shut down, which has locked them out of the serious, long-term success that looked so possible in their initial days of international play.

The final factor in Immortals’ decline and their downwards differentiation from SK Gaming has been their tumultuous timeline of roster changes. Since their infancy as Tempo Storm, SHOOOWTiME, peacemaker, boltz, zews, and steel have all had their go at the in-game leader role, with three of those five leaving the team in that time. Now, just a week ago, it was announced unexpectedly that fnx would leave the team’s starting lineup. To put it simply, Immortals just can’t find a lineup that works for them. This is due in large part to the less reliable foundation of the team. For SK Gaming, a roster change involves a total restructure of a system designed specifically for a certain lineup, a process that necessitates a bit more thought before implementing a major change. Immortals, meanwhile, are more focused on setting up HEN1 to succeed than creating a long-lasting role system, which creates a more flexible environment for these changes. Unfortunately, just because they can utilise this flexibility, doesn’t mean they should, and most of the Brazilian team’s roster moves have been fruitless, delaying the creation of a functional, unified team rather than facilitating its birth. 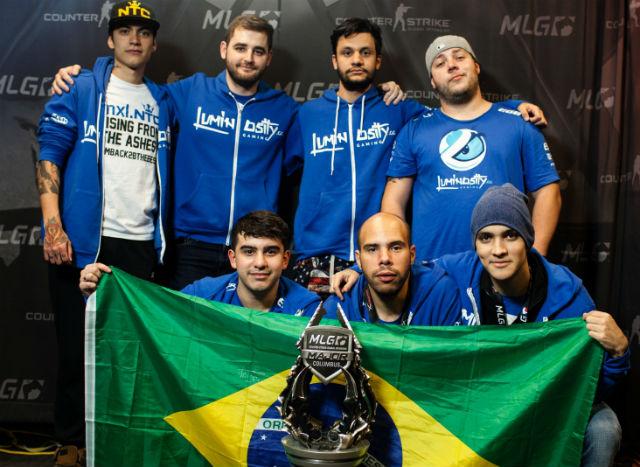 Luminosity pose with their home country’s flag and the MLG trophy.

All of these problems can be traced back to one central difference between IMT and the team they strive to be: leadership. The lack of a Fallen figure in the life of the Immortals roster has taken a heavy toll on their overall success as a lineup. Since uncovering themselves from his wings, Immortals have been unable to find a replacement for the contributions that FalleN can make to a team. The reason why their controversies have been treated as inexcusable offences instead of occasional oversights is that they lack a real face that can humanise their team. Their chaotic, one-dimensional style has only remained a factor in the team because no one has had the nerve or know-how to fix it. The constant swaps of leadership have consistently failed to come up with a viable candidate, leaving us now with a caller who isn’t even comfortable in an IGL role( as stated in an interview with HLTV.org). Tempo Storm may have proved that Brazil can be a threat without the direct guidance of FalleN back in CEVO Season 8, but a threat is as good as they’ll get without a leader of his calibre.

Immortals stand at a dangerous crossroads for their future in the CS:GO scene. Obviously, their choice for fnx’s replacement will be a vital one, but what’s perhaps more important is what they learn from his situation. On the one hand, they could keep chugging along with their current road, trending towards the outskirts of tournament relevance. In this case, their only replacement would be in the name of their players, maintaining the unhealthy and unsuccessful team structure that they’ve constructed for themselves. They would grab an up and coming fragger, hoping that somehow another inconsistent threat will bring success to a team who already struggles with an overabundance of that type. Or, they could choose a frightening and uncertain route to make a major change. They could do away with their reliance on one or two people and try to combine all aspects of their roster into one cohesive team. Sure, a major change could crash the team entirely, but in some ways, that outcome would be better than mediocrity. If Immortals slide down the chute they’ve flown down so far, mediocrity is the best they can hope for.