Complexity, CJ Entus, Najin, Alliance, Evil Geniuses, Winterfox, Team MRN, Team Curse, Team Impulse. One way or another these are all teams that made a big name for themselves in the professional scene of league of legends. Some were bought and became another organization, others fell apart leaving nothing but a void. But then there were the ones that fell from grace and had to face the gauntlet in the promotion tournament.

Last year we saw Team Dignitas fall out in the summer and then NRG in the winter. While DIG would later gain a way back into the league with money, it isn’t always that way for teams. Especially with a new format for the promotion tournament, it meant only 2 teams from the NA LCS would have to fight their way back, but double elimination meant more chances to succeed or fail for all involved. 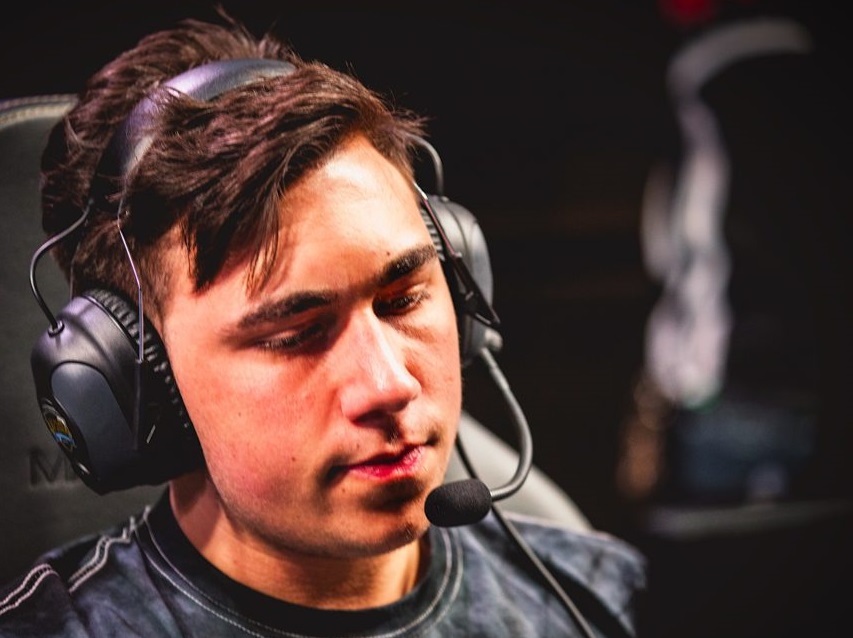 Prior to the NACS playoffs, this team was dominating the challenger scene. While they lost two games, they held first place with an 8-2 record. They even faced the Big God Jackals in the playoffs and made BGJ look out of place by sweeping them. Either arrogance or just being figured out, they fell hard in their series against Gold Coin United and lost 3-1 to them. This would be their trend throughout the promotion tournament as well.

Against Team Liquid, they just didn’t look that strong. While in Game 1 they were able to take off the backs of Deftly and Zeyzal, they weren’t able to carry in the rest of the series. Many eyes looked to Gilius as a potential source of their woes, but either way the team was not able to show up in any other game against TL.

Then in the final series of their tournament, they faced a fledgling Team EnvyUs. Game 1 looked like a continuation of EU’s series against TL where they just looked out of sorts and Gilius couldn’t find his way onto the map. However, he flip on the switch into game 2 and helped Licorice to be dominating in this game victory over NV. Sadly, this was the only game where he would have that and they lost the series 3-1 to NV. 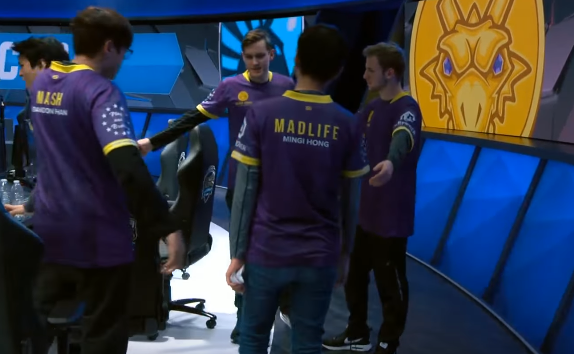 This is probably one of the sadder stories coming out of the promotion tournament. Not once, but twice they were one game away from making their run for the LCS a reality. And with talent such as Madlife and Santorin, it would have been a welcome team to greet in as the newcomers. However, whether due to them just not being able to close out a game or falling behind too far early on, they are now headed back to the NACS. Looking at their play at the tournament, they should take a lot of pride back with them still. Their first series against EnvyUs showed the world that they are capable of the high macro play that is required to be successful in the LCS. Taking them down 3-1 really made everyone feel that they had a real possibility of taking down TL.

That dream didn’t look so real in games 1 or 2 against TL though. Piglet’s Karthus was on another level than we had seen from him all spring long and truly was something to fear when laning against a strong roamer like Ahri. But even with the ban to Karthus in game 3, the game didn’t go the way of GCU. With their nexus turrets down and TL storming in, they had one chance left to fight. By the graces of our lord Urf, only Matt’s Lulu and Fenix’s Vladimir remained. On the back of Fenix, they were able to storm up mid and take the game from under TL’s nose.

The fire was lit and in game 4, GCU made quick work on TL and all signs were pointing their way. But game 5 started a lot less explosive in their favor and instead blew up in their face. Right off the bat they gave up 4 kills and nothing went their way that game. TL took them out and made it to the LCS.

Their chances for the LCS weren’t over though, they had one more chance. Do or die. They beat NV, they are in the LCS, but lose and it is back to the NACS. The series was closely fought by both squads, game 1 was taken by GCU, but NV hit a lot harder in games 2 and 3.

The biggest problem for GCU was that when they lost, they lost hard and fast. When they won, it had to be fought tooth-and-nail and to the bitter end. That would prove to be their undoing as they worked their way back from defeat in game 4 to force a game 5.

Whether it was Ninja just popping off or just GCU not being able to handle a deficit, it ended in the same result. Hopefully, GCU can learn from this tournament and make their way back to promotion at the end of summer to give 2018 a shot. 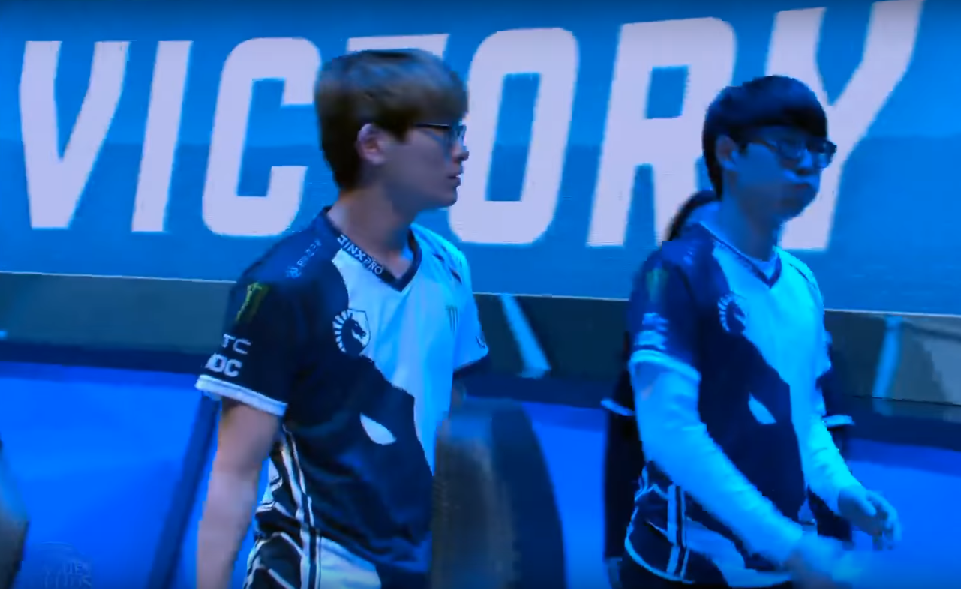 Love them or hate them, Team Liquid is a staple name in the NA LCS and League of Legends as a whole. From Team Curse to Team Liquid, they have their roots deeply entrenched in the league and would have been a shame to lose. That being said, they still have a lot of work to do in order to not have to battle their way back into the league once again come the end of the summer split.

Looking at their series, they did look absolutely strong this tournament. eUnited didn’t even stand a chance in their series, despite the one win EU was about to carve for themselves. With that comfortable win over eUnited, they were one series closer to making it back. Up against Gold Coin United, they kept up their nice gameplay with Piglet seeming a perfect fit for Karthus. Games 1 and 2 went handedly for TL and even game 3 was looking to be another win for a clean sweep. But throw after throw led to GCU taking the game and even a game 4.

Many thought that TL was out for the count, needing to play one more series against EnvyUs. But by coming out to a quick start in game 5 and continuing to snowball from there meant that they would return and the 4th place titans would return for another split. 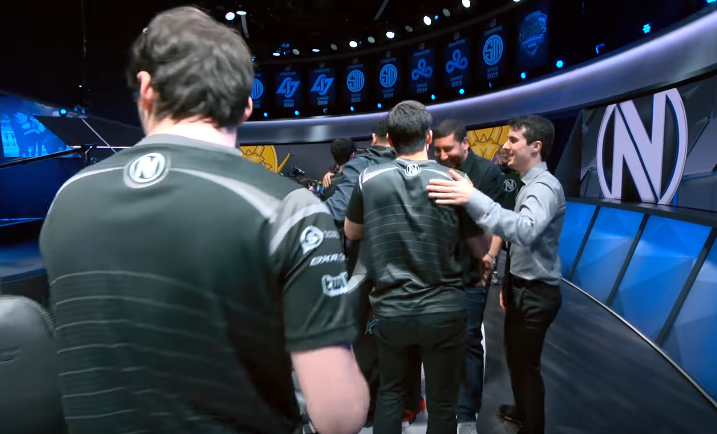 When people were looking at the tournament, many thought that EnvyUs was the most likely of the 2 LCS teams to get the boot. Being the 10th place team can definitely do that, but they were never a bad team. While not being able to stand up to the heavily stacked lineup that the NA LCS bolsters, they were never a horrid team.

They didn’t start the promotion tournament off too well, sadly. GCU proved to everyone that they were ones to be reckoned with. Taking the series 3-1 over NV made the dreams for NV to return to the LCS and prove their haters wrong less likely with each nexus dropped. But going up against a team like eUnited gave the confidence back to NV. After having gone 3-1, they annihilated the dreams of the rookie organization out of the promotion and back to the NACS. Rematch time. GCU had made clean work of NV just 2 days prior and took the series to a good start with a game 1 victory over NV.

NV proved one thing very clearly throughout the series to GCU after that. That being, if GCU gets behind early, they don’t know how to play the macro well enough to make a comeback. The wins NV secured were in stomps over GCU while the wins GCU snagged were well fought by both sides. In the end, NV got the leads they needed and will return to the NA LCS come this summer.