Is there hope for Chinese CS?

The Chinese CS scene has been on a steady decline for the past year. Since TyLoo’s miracle run at Dreamhack Malmo, China has consistently failed internationally. Other than a few upsets at Starladder Season 2, Chinese CS success has been few and far between. Even on home soil, China has struggled to beat foreign opponents. The last 5 Chinese events with European competition all ended in European dominance. Nearly a year later, Malmo remains the only instance of an Asian team fighting their way out of groups on an international stage.

To an outsider looking in, the consistency of Chinese failure is a mystery. Even in the face of constant defeat, it’s clear that China is home to a massive talent pool. Players like fancy and Savage regularly make highlight reels against western teams. The top Chinese teams can compete with the best of the west when it comes to fragpower. With so much skill in one place, the underperformance of Chinese teams is inexcusable. The fact that Fnatic Academy has beaten top 2 Chinese teams on their home turf several times is testament to how far behind China seems to be. How can a region with that level of talent fall so far short of their western counterparts? 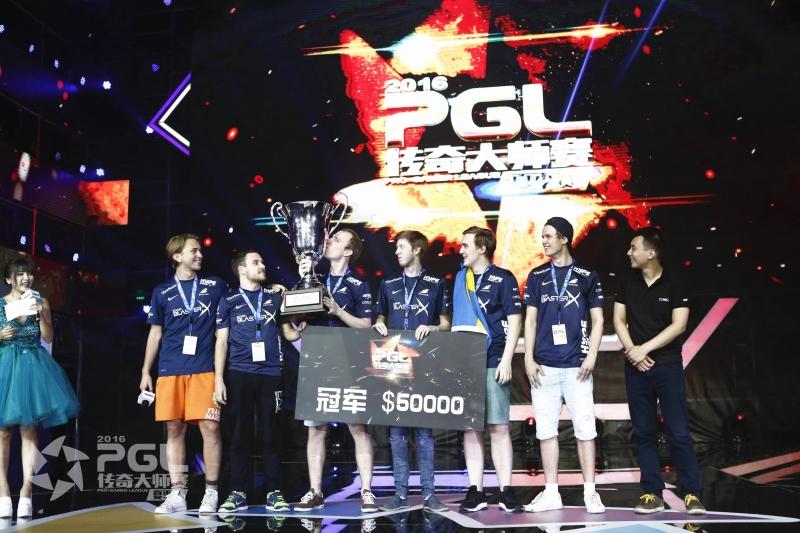 One facet of China’s mysterious failure originates long before CS:GO rose to popularity in the east. Since its slow ascent to the mainstream, Chinese esports have always been isolated from the outside world. Compared to all other regions in any other game, China’s national scene is the largest, most profitable, and most important. A massive portion of esports viewership in China comes from games only released in the PRC itself. Compared to Europe or North America, Chinese Counter-Strike relies very little on international success.

This creates a poor environment for improvement. One of the reasons why China is still so far behind the west is because western-level success is not necessary. Organizations and players can make a living solely from their own region, without the need for international triumph. As one can imagine, motivation for improvement is far too low in China. When being the best in China is good enough, it’s hard to commit to becoming the best in the world. As a result of this, the major gaps between the West and East have not shrunk much since their first cross-regional play.

Another problem Chinese CS is facing is the spread of talent. Since its entrance onto the scene in late 2014, China has never had a real super team. TyLoo and Vici have mostly dominated, but neither side has ever controlled all the best players. In a similar fashion to EnVyUs and G2’s relationship pre-shuffle, the moderate success of both teams held back the major success of the region.

A major cause of this issue comes from the China’s cultural expectation of organization loyalty. Contracts are viewed very differently in China than in the West. In the west, removing a player from the starting roster of your team is essentially an invitation for buyout offers. Players are expected to begin communications with other teams immediately, and very few players stay on the bench for more than a few weeks.

In China, however, loyalty to your organization is valued at almost the same level as loyalty to your teammates. Professionals are expected to stay with an organization until their contract is up, often leaving talented individuals on a lesser sister team or a sub list. The most egregious example of this would be Vici Gaming placing Savage, one of the best AWPers in Asia, on their sister team. Since the move, both of Vici’s teams have failed to reach the heights of their classic Cyberzen squad. Savage has clearly left behind a big hole.

This loyalty doesn’t just cause problems by forcing good players onto the sidelines; it can ruin careers. In late 2016, several members of TyLoo were suspended for beginning negotiations with other players, despite never breaking their contract. Following the suspension, coach Karsa and star player Fancy were both banned from ESL and several prestigious Chinese events. The scandal plummeted their value and almost killed their careers.

TyLoo’s situation shows just how extreme this mentality can get. The lengths at which teams and players commit themselves to one brand creates a bad environment for the CS scene. Org rivalries, especially the classic struggle between Vici and TyLoo, have created a toxic scene that prohibits all-star squads. Player relationships between major teams have deteriorated to the point of incompatability. It’s not just the orgs preventing comic book team ups, it’s the players themselves.

It’s not that China doesn’t have the skill pool to create a G2-like superteam, just that it’s unlikely to happen. So many self-constructed obstacles stand in the way of Chinese success, it’s hard to imagine a truly great international team. Whether it be the irrelevancy of international competition, the extreme org loyalty that prohibits an all-star Chinese lineup, or the myriad of incompatible stars, China has a lot to overcome. In the end, personal relationships and Chinese culture inhibit the chance that “Best in China” will ever mean anything.

The other main reason why China has such a difficult time on a large scale is because of their lack of in-game leadership. Good Chinese IGLs are practically non-existent when it comes to the top of the region. The only successful in-game leader in Chinese CS:GO was Karsa, who lost his role after Valve’s decision to ban hybrid coaches. Unlike traditional Western teams, most teams in China simply don’t value in-game leaders as a necessity. Many top teams don’t have a dedicated IGL, and those that do often lack the commitment to the role for it to make a difference.

This attitude towards leadership is reflected in-game. In regional play, tactics are almost completely disrespected. Since no one has put a focus on strategical prowess since Karsa’s TyLoo, a lack of general team cohesiveness isn’t a major disadvantage. Without this incentive for team cohesiveness, sloppiness has become standard. Flashy highlights are given more value than coordinated teamplay because flash is all that they’ve ever needed on a regional level. If strategy isn’t the secret to success, why give it precedence over what is?

This attitude may be effective at home, but on an international stage, its weaknesses are quickly exposed. Individual skill isn’t the reason for the West-East gap. Map upsets over Virtus.Pro, NaVi, and Cloud9 prove that China has the talent to go head to head with Western teams. But in a best of three series, China’s issues come to the limelight. While their opponents adapt to shut down their stars, teams like TyLoo or Vici have difficulty matching the pace. Instead, they keep banging their head into the same wall, unable to change their own play at the same rate.

A good example of this was TyLoo’s playstyle at their most recent international event, Dreamhack Las Vegas. In both of their games, TyLoo played an extremely aggressive style. They force bought nearly every round, preferring to bank on a lucky break over a stable economy. This economic strategy isn’t inherently bad, but it must be used thoughtfully so it doesn’t become predictable. TyLoo did not take this to heart, and round after round of fruitless forces yielded very little for the Chinese team. Long after their tec-9 pushes had been countered, TyLoo remained persistent in their obviously failed strategy, unable to adjust to fit their situation. 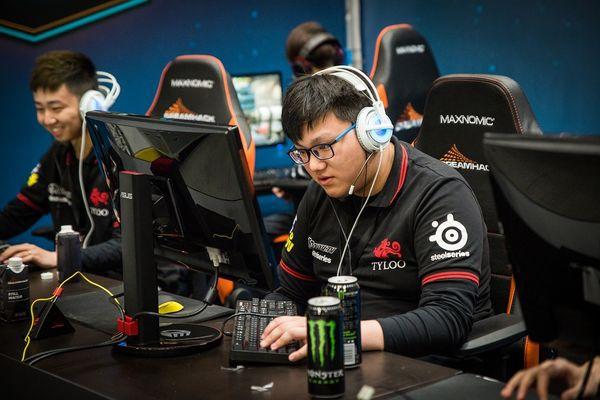 This recent example illustrates not only China’s inability to react mid-game, but also the overarching problem in Chinese Counter-Strike. Against their fellow Chinese teams, TyLoo’s strategy was likely highly effective. Without an in-game leader to develop a counter to this type of aggression, TyLoo’s fast, aim-first force buys would be highly effective. TyLoo’s assumption that they could take their fast and loose game to an international event showcases China’s biggest problem: An inability to think on an international scale. Until they make a concentrated effort to match the standards of the west, China will always be far behind.