On May the 15th a new Dota 2 was released. In this article, we will be analyzing Dota 2 7.06 General Gameplay mechanics, such as; Deny Mechanics, Shrines, Lanes, Neutrals, Creeps, Attributes and Economy.

Now what Dota 2 makes it special is its denying mechanics, making it one step harder compared to other ARTS out there.

On the previous patches, denied creeps only give 50% less experience. In 7.06 however, Valve made a small modification but it has a very huge impact to the game in the long run – creep denies now grant the denying team 30% of the xp bounty. These changes are very crucial in each team’s laning phase especially in mid. Not only that, normal deny xp was also increased from 50% to 70%. Very interesting to see how competitive games approach to this new mechanic. 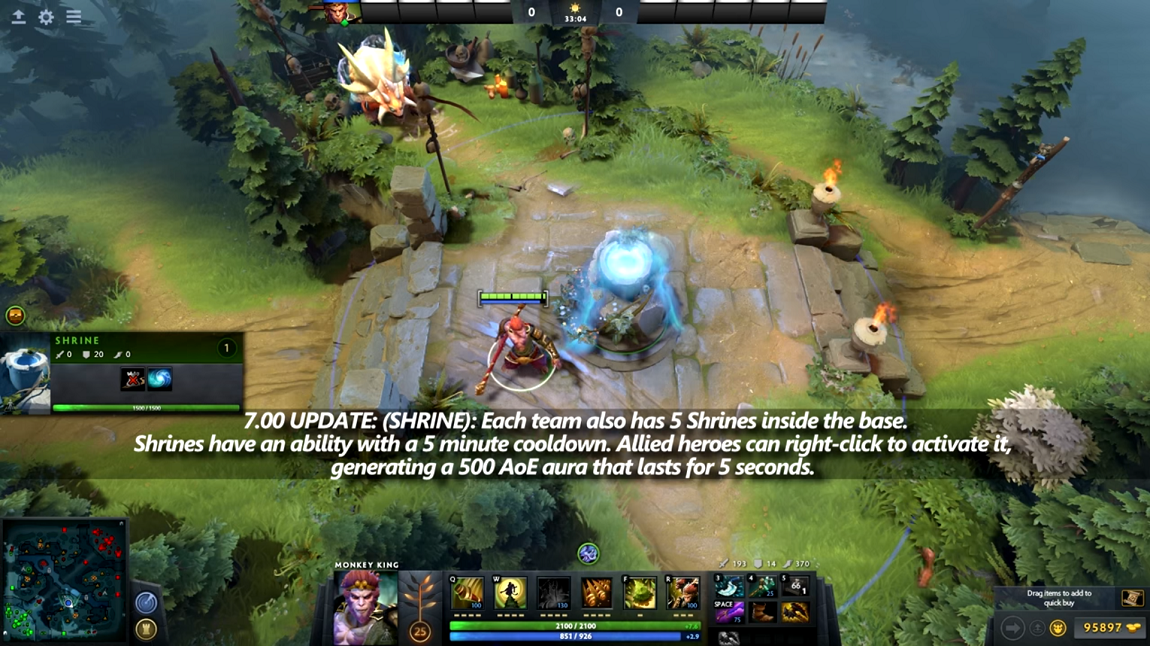 Dota 2 7.0’s new map and rune spawns were seen by many as something that makes the game less interesting during the early phase. It eliminates the chance of having a contest between teams in taking up the bounty rune. Moreover, “shrines” were also introduced in 7.0 which gives the opposite team a hard time trying to get the steal the bounty and possibly securing a first blood.

The nerf to shrines could probably lead into seeing more rune or first blood contests just like games prior to 7.0 update.

As what was mentioned earlier, the mid is the most affected lane in this patch compared to the other lanes. The change in deny mechanics plus the additional melee creep in mid lane for the first 15 minutes offers a possibility for dual laning in early game.

Dual mid laning is viable seeing that it can accommodate two heroes but for sure that won’t be the case in pub games.

Dota 2 6.xx allowed the creep camps to spawn every minute. This gives avenue for supports to create stacks of creeps that will somehow help the carries to farm easier and faster.

In Dota 7.xx, Valve changed the spawn time of creeps to two minutes. That gives an average of 100 golds per spawn. But in this most recent patch, Dota 2 7.06, Valve gave back the creep spawn per minute. Although has 20% lesser xp and gold, it can spawn twice; meaning, you it can provide an average of 160 golds in two minutes. Still pretty good thing for junglers and LC spammers.

Siege creeps spawn more often with 150% more hp an deals 160% more damage. Seems like Valve wanted to decrease the chances of straight snowballing. These changes, although not very big deal in general, makes it more difficult to create tower pressure in early game.

This however has an impact to the solo offlaners during the laning stage. In this patch, it would ideal to pick tanky offlanes especially that all heroes receive a strength buff mentioned on the next item below.

This is a small detail but cannot be overlooked. The base hp regen is reduced, which makes a lot of the heroes to have a 0 hp regen during the start of the game. Most of the heroes have 0 base regeneration prior to Dota 2 7.06 except for the following: 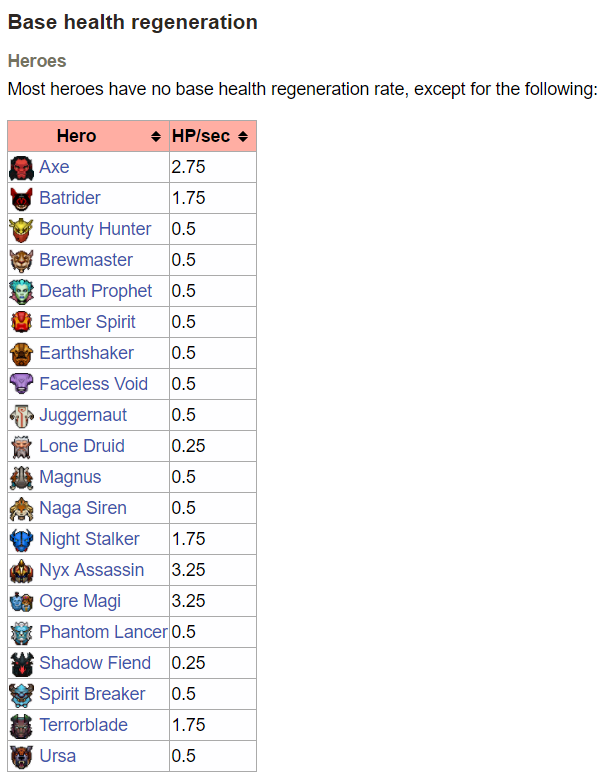 Economy changes can be summarized into two: objectives and structures give lesser gold, and melee lane creeps give lesser xp and gold bounty. That gives two other options for teams to acquire greater amount of gold: one, killing enemy heroes especially cores, and two, farming in jungling uninterrupted. The second choice is not viable to all five players on the team, thus, the most effective way is to acquire enemy kills. The key is to have successful ganks and rotation as early as possible.

By the looks of it, Valve is encouraging more actions and team fights in this meta –reducing bounty on creeps and structures – which is a solid action to make Dota 2 a more entertaining esport event.