Home > News > League Of Legends > A New Moon is Rising

A New Moon is Rising

It all started from a teaser…

I’m not one to usually post this type of article, but words can’t express my excitement for the next skin set release; Blood Moon skins are amongst some of my favourite skins in the whole game. Details have emerged for the new set of skins that will be available for purchase in the near future, with all splash arts being released, as well as what we should expect from each skin. I know that this may probably be a little late for some of you who might have seen all there is to see about this event already, but to those who haven’t heard of the news yet, here goes! 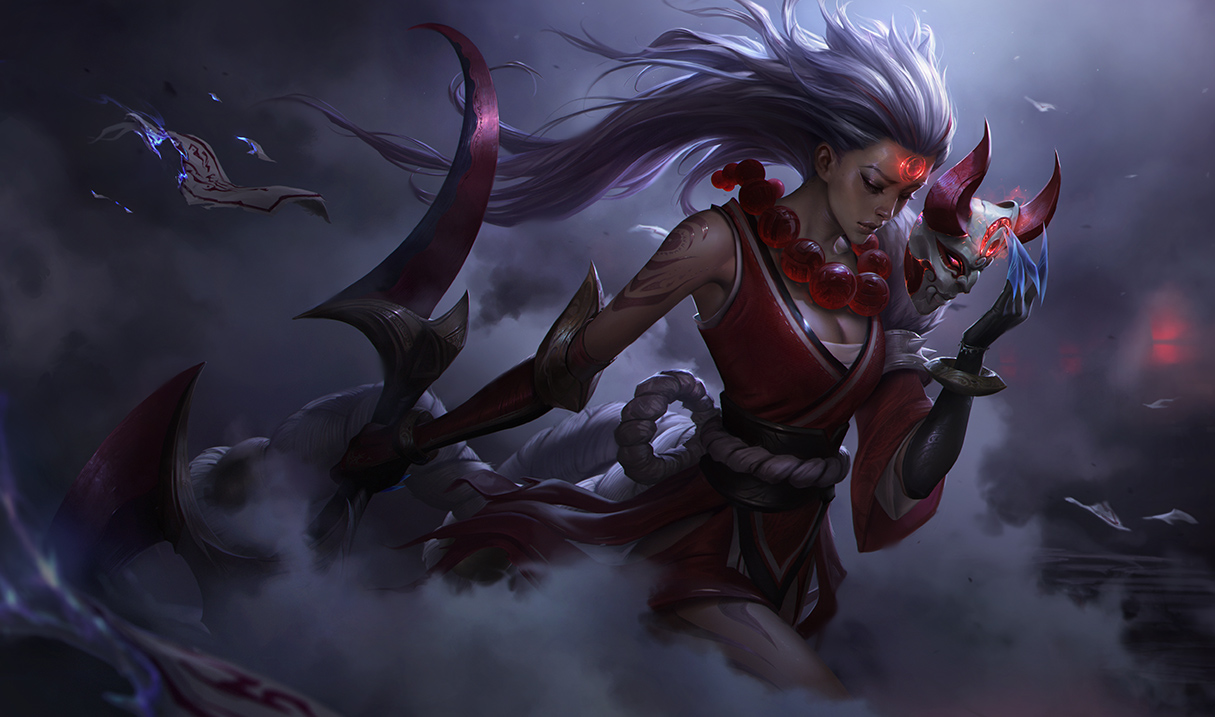 Pure beauty. Diana has been aching for a new skin for quite some time now, and a Blood-Moon themed skin just makes sense for her; she is the lunar champion after all! The splash art for this skin is simply perfect, and it embodies both Diana’s essence as a character, as well as the thematic twist expected from a Blood Moon skin.

To no surprise, Diana is being used as the main frontman in this new update, with her splash art getting the login screen treatment. Look forward to a new model, new textures, new visual effects, new sounds, and a new recall animation for Diana once the update has been released! 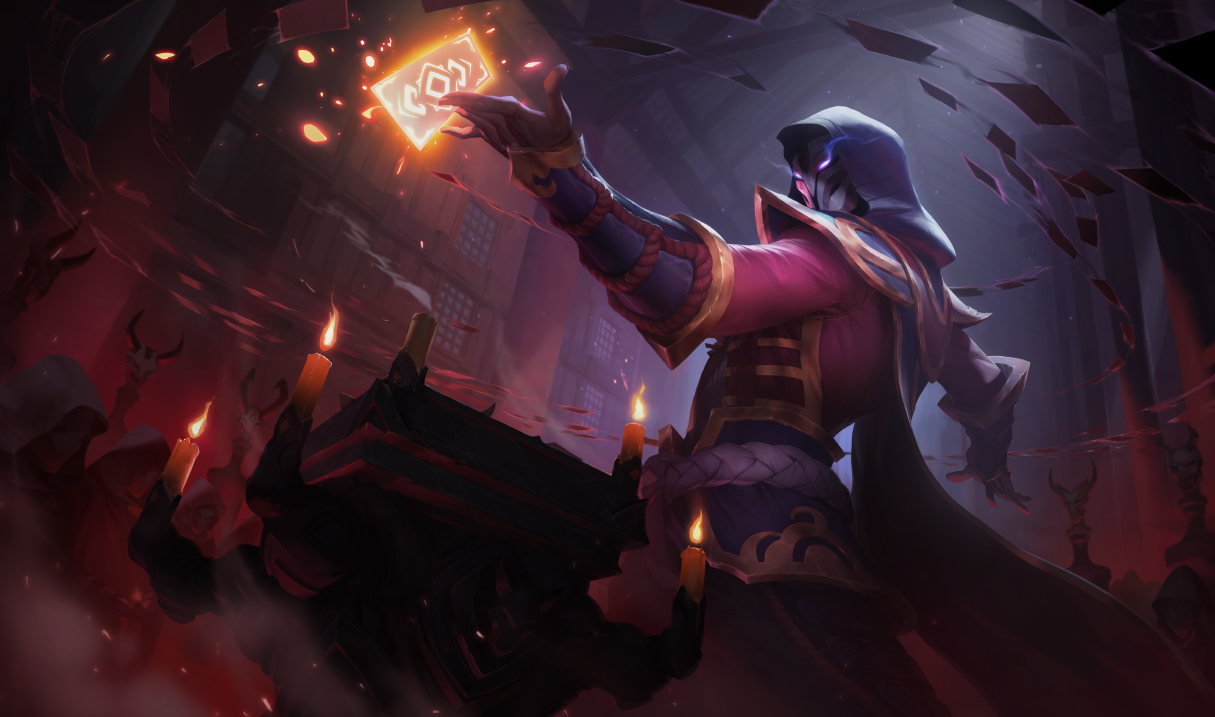 Now I’ll be honest here, I did not expect Twisted Fate to even be considered for a Blood Moon skin, given that thematically it probably makes zero sense for him to have one. With that said, there have previously been other champions who weren’t very justified in being given a Blood Moon skin either, so who am I to judge. All I know is that whoever was in charge of his splash art definitely deserves a raise, because after seeing that piece of artwork, I am 100% behind this decision! 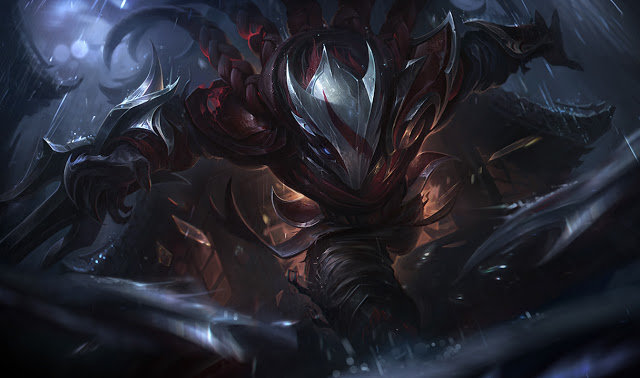 Yes, yes, yes, a million times yes! As a huge fan of Talon, this skin just makes me extremely happy! Talon has been an absolute favorite character of mine for a very long time, and I’ve been having quite a lot of fun playing him after the recent assassin update. So one can only imagine my complete joy at having him join the ranks of the Blood Moon!

Sadly, I’ve read some complaints with regards to the splash art, mostly because it’s not as “red” and “vibrant” as other Blood Moon splash arts. While that much may be true, Talon is an assassin, so in my honest opinion the decision to go the darker route was the right one to make. 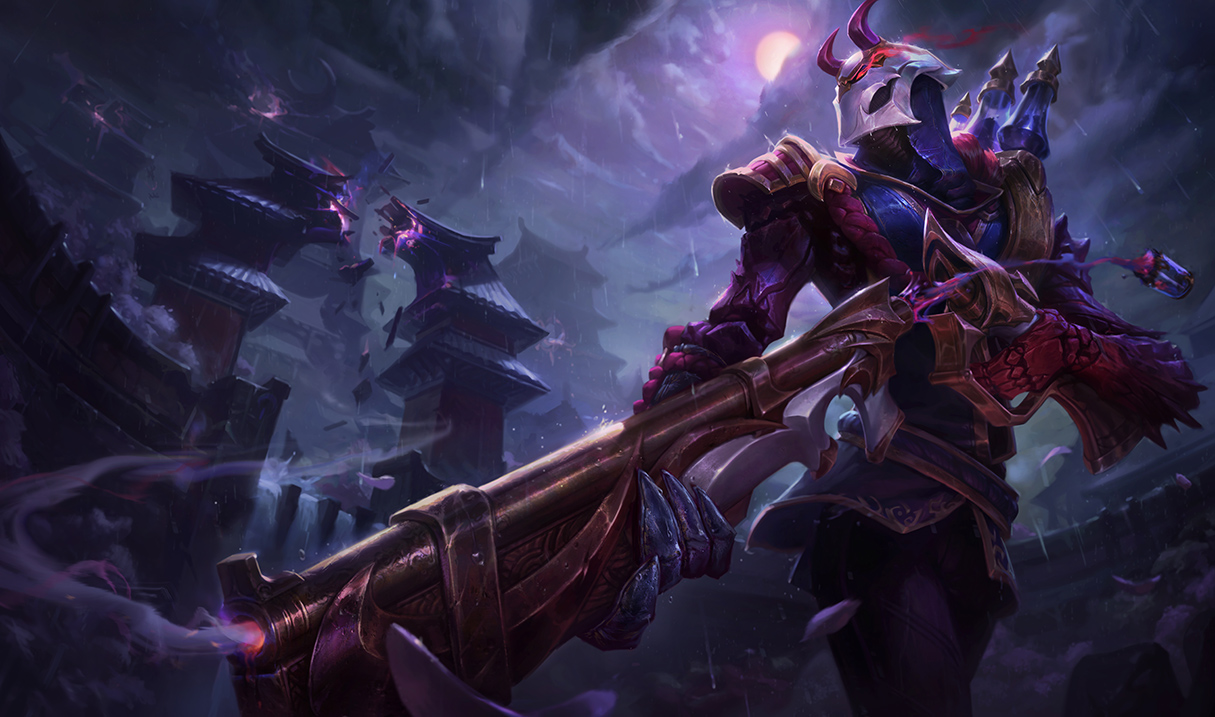 The one that started it all. The new Blood Moon event started out with the teaser image that’s being used as the image for this article. As can be seen in the teaser image, the object in front of the gate is Jhin’s gun, and therefore people (myself included) were thinking that Jhin was simply going to get the Blood Moon treatment alone. To our surprise, and pleasantly so, we were wrong.

As is the case with the other three skins being released, Jhin’s splash art is absolutely stunning; the effort that has gone into drawing the character and his surroundings, with details such as the collapsing arch (presumably due to a shot fired by Jhin, which would explain the smoke coming out from the gun) together with the overall colour tone of the image, is simply breathtaking.

Be prepared for a new model, new textures, new visual effects, new sounds, and a new recall animation for Jhin once the update airs! 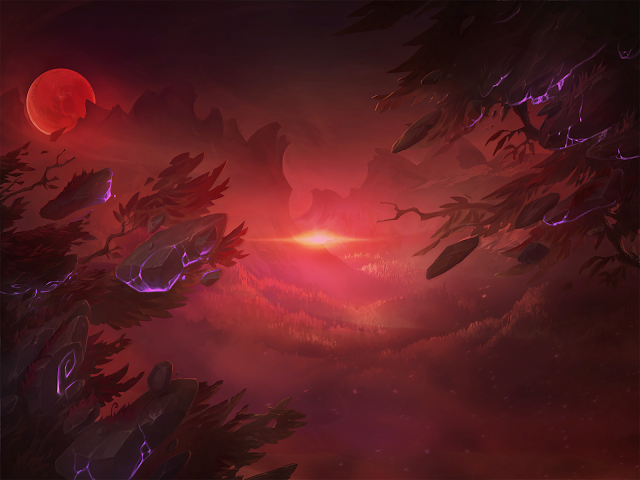 These are the four skins that will be released for the upcoming event. It’s very apparent that a lot of work has gone into creating this new set, as well the splash arts that will accompany them, and that Riot truly care about the quality of work that they will present. Stay tuned for more updates regarding the Blood Moon patch, where I’ll be talking about the new game mode that will be rolled out together with these skins!