SYLPH: Is it the fourth spirit and the dota 2 new hero?

People in Dota 2 love to speculate. Who doesn’t? After all, we always want new stuff – new drama, new game mechanic, new item, and of course, new hero. New things and changes keep the excitement and urge to play the game.

There Will Be a New Hero and It Will Be the Fourth Spirit?

The speculations about this “new hero” started after the release of Dota 2 7.00 when Valve added a hint in their Monkey King digital comic. Apparently, there are four spirits in the Dota 2 lore and given the fact that only three spirits in the actual game, the fourth spirit is yet to be released. The comic shows a shadow of four spirits where three were already identified based on their background color. 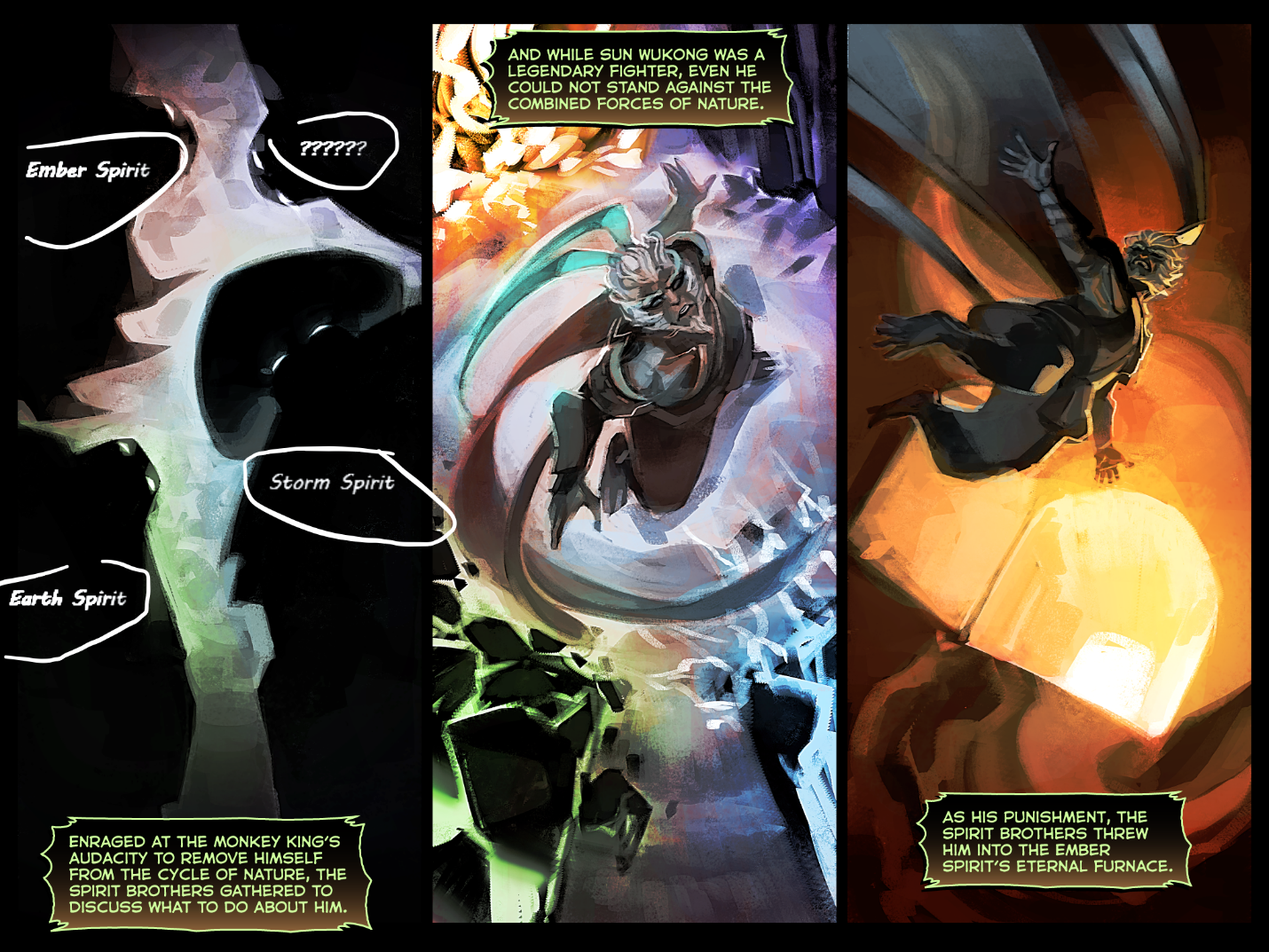 The rumor of this “fourth spirit” spread like a wildfire and many have voiced their theories. Some say it’s a Water Spirit, some say it’s a Metal Spirit, and there are some who say it’s a Wind Spirit. There are also ridiculous ideas of having a Death Spirit, Dark Spirit, and the combination of both, Darth Spirit. Valve may be laughing at us right now but whatever, it’s their fault in the first place for teasing us.

Another evidence that justifies the theory is the Monkey King’s in game voice line towards Storm Spirit that says, “I’ve seen Xin and Kaolin. Where’s your other brother?” As what we all know, Storm Spirit’s lore name is Raijin, Xin for Ember, and Kaolin is the Earth Spirit. MK looking for their “other” brother is a confirmation that there is, indeed, another spirit aside from the three who are already in the game.

The amount of hints and teasers made in public suggest that there will surely be a new hero soon to be released and that is the fourth spirit. But what element of spirit will it be?

The Fourth Spirit Will Be a Purple Hero

As what we see in the image above, the background color of the spirits represents their in-game color – Storm being blue, Earth being green, Ember having red color, and the “fourth spirit” seems to have the purple color. Apparently, the fourth spirit will be a purple hero.

Moreover, during this year’s New Year’s celebration, Valve PR, Wykrhm Reddy, shared a poster in his social media accounts with a caption, “Happy New Year 😀 Have a high spirited one.” At first glance, there’s nothing unusual about the poster but if you look closer, you can observe that the background of the word SPIRITS was made of four colors – blue, green, red, and of course, purple.

This may be just an overreaction but fuck it, we are hyped, everything is a teaser now.

Happy New Year 😀 Have a high spirited one. pic.twitter.com/WMSyK1VhMz

So given the fact that the spirits were based on elements with respected colors, what element now compliments the color purple?

Is Sylph the Fourth Spirit?

The latest rumor about this hero emerged after a Reddit user found codes added in the game during the Battle Pass patch made on May 4. Many believe that these codes were intended for a boss in SiltBreaker Act II but majority believes that this is definitely a new hero. It is located inside the right folder and coded just the same way as other heroes.

As what was shown by the codes, Sylph is the name of this apparent new hero with four abilities: Grapple, Shadow Realm, Flash Powder, and Will-O-Wisp.

According to wiki, Sylph, also known as Sylphid, is a mythological spirit of the air. That fits perfectly to the previous claims that the new hero is a fourth spirit. Purple color also matches the air element. However, there are still things that are not clear.

Sylph is mostly depicted as a female character because of its fairy-like nature. But remember Monkey King’s response to Storm Spirit? He referred the fourth spirit as their other brother. This is a contradiction of evidence, thus, leading to another set of theories. Moreover, if Sylph, an air spirit is the newest Dota 2 hero, why would Valve create a water-themed The International? It doesn’t make sense at all. Volvo pls.

The closest theory we can craft to fit these pieces altogether is: there will be more than one hero to be added in the game, or the fourth brother became a transgender female air spirit. Because having a water-themed TI and hinting a male spirit brother, then patching a female air spirit code just doesn’t make sense.

Nevertheless, the only way to have all our questions answered is to wait for Valve’s further actions. The International 7 and Siltbreaker may be vessels for the upcoming revelations we needed. Last year, Underlord was revealed during TI6. Who knows, the hero we have been speculating will also be revealed on this TI.