Finn ‘karrigan’ Andersen is a Danish pro gamer practicing Counter-Strike: Global Offensive for his current team Faze Clan. He takes on the role within his team is that of in-game leader calling the shots as well as the entry fragger. Through his gaming experience, he has also acquired the skills of a sniper. His best weapons are AWP rifle and AK 47 while his favourite CS: GO map is Mirage. Andersen finished his master degree in Business Administration and Auditing while doing well playing Counter-Strike which is just impressive showing how dedicated he was to anything he set his mind to do. What was once a hobby has turned into his full time job and living off his passion of gaming. Finn is very fluent in Danish, German and English which could come in handy in interviews.

From an early age, Finn showed a determination to succeed in everything he did. He began playing Counter-Strike 1.6 and realized his gaming passion thanks to his brother, who introduced him to video games. He began competing competitively in CS 1.6 with Volt-Gaming, acquiring the shooting skills and learning new gaming strategies. He made a name for himself while playing for Mousesports in CS: GO. Finn has a tactical mind, analyzing the enemies game plays before esports matches. With the ability to read his opponents, Finn is quite the risk taker to be the first person to enter the bombsite and the first to die in-game.

Faze Clan is an American esports organization that was created in 2010, widely known for their Call of Duty competitive presence. The gaming company supports teams that specialize in Call of Duty, Counter-Strike: Global Offensive and Overwatch. 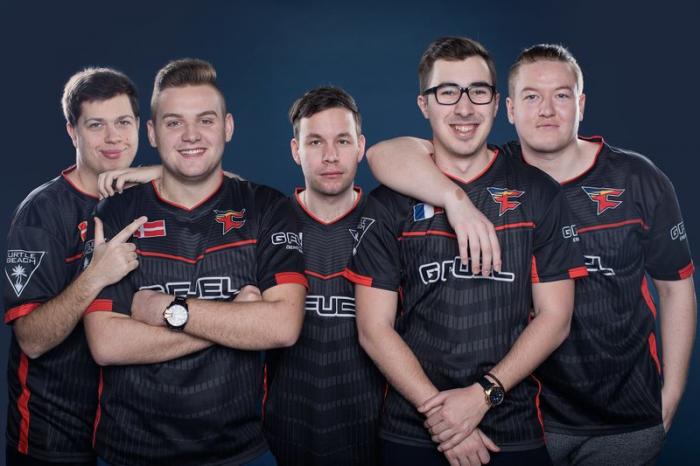 Faze Clan CS: GO was launched in 2016 with the acquisition of G2 Esports roster. The current Counter-Strike roster consists of Karrigan as in-game leader, rain, Niko, Guardian and olofmeister. The team have worked together towards one goal to win prestigious esports tournaments such as ESL One New York or the IEM World Championships. A top player like Karrigan has had the experience competing against Team Liquid, Gambit, Flipsid3 Tactics, SK Gaming, Astralis, Navi, Immortals, Optic and Ninjas in Pyjamas, leading his team in every esports tournament.

The highest winnings achieved so far was at ESL One New York 2017, where Karrigan and his team Faze have taken the CS: GO Championship. The CS squad defeated Team Liquid with an unbeatable score 3-0 claiming their first prize of a stunning $125K.

Another great accomplishment for Faze Karrigan was at Starladder i-League StarSeries Season 3. The CS: GO squad beat Astralis with the record of 2-1 to win the premier title and claim their reward of $125K.

Faze Clan’s third great win was at the Esports Championship Series Season 3 – Finals. Karrigan and his team Faze Clan lost to top world team, SK Gaming, however they finished in a close second place to scoop the prize of $120K.